Sri Lanka has been one of the most popular cricket teams in the world for a long time. The island nation shares a close proximity to other South Asian countries where cricket is the most popular sports. This is one of the major factors why Sri Lanka national cricket team has developed so much in the past. Being one of the few teams who have won a World Cup, it is certainly in a league of its own. In this post, we will make you familiar with the complete squad of the Sri Lanka national cricket team and look at some of their past performances.

Snaptube is a must-have app for every cricket enthusiast out there. You can search for various cricket-related videos on the app, including match highlights, news, post-match events, and more. Instead of looking for the video of your choice on numerous platforms, you can find it all on Snaptube. It has integrated various platforms together and will certainly meet every need of yours. Furthermore, its picture-in-picture mode will let you multitask while streaming a video. Download this freely available app on your Android device and never run short of cricket videos.

Also known as “The Lions”, the Sri Lanka team acquired its official status in 1982. It played its first game against England in 1982 and was gradually affiliated by ICC. While the team might not be as old as England or Australia, it certainly made up for the lost time with its amazing performance. The Sri Lanka national cricket team won its first and only World Cup in 1996. It has also won an ICC Championship trophy as well as the ICC T20 Cup.

The Sri Lanka cricket team has played 269 test matches and 816 one day international matches so far. Out of them, it has won 85 test matches and 376 one day matches. The current position of the team is 6th (Test), 8th (ODI), and 8th (T20). Even though the current rankings are not that appealing, the team was once able to reach the number 1 position in T20 and 2nd in the ODI format.

Recently, the Sri Lanka team has seen a drastic change in its squad as well as the administrative staff. Let’s have a look at the present lineup of the team to learn more about it.

The players are the backbone of any team. Sri Lanka might have seen some changes, but its current lineup looks pretty strong. 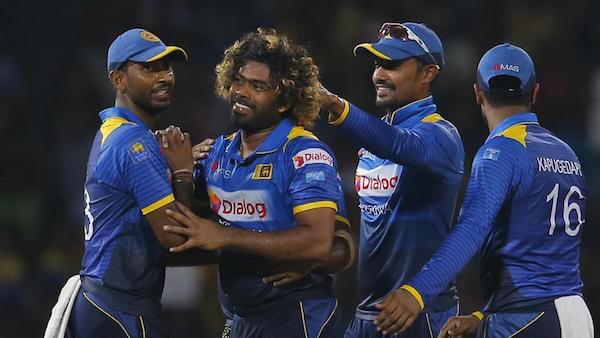 From T20 to Test matches, Sri Lanka has played all kinds of matches in the past. If you are a fan of the Sri Lanka team, then you should check out some of these match highlights for sure.

The team is particularly known for the fast-paced T20 matches. Let’s start our list by looking at their performance against India.

It was in the semi finals of the 2003 World Cup when Sri Lanka played an epic match with Australia. Here’s how it turned out to be.

Sri Lanka and India have been rivals for a long time. They have played countless ODI matches against each other. Though, this one was certainly a memorable match.

South Africa recently went on a tour to Sri Lanka and played an amazing inning. Here, you can look at the Sri Lankan inning of the match.

In the finals of the 2007 World Cup, we saw a clash between Australia and Sri Lanka. Let’s have a quick look at how these two titans played against each other.

Another rival of the Sri Lanka national cricket team is Pakistan. They have played against each other plenty of times in the past. Here’s how a memorable ODI match went.

Both West Indies and Sri Lanka are competitive teams with years of experience. Let’s have a look at one of their matches here.

It was in 2014 when England visited Sri Lanka for a league match. The entire tournament was pretty interesting, but some matches certainly stood out.

The 2011 World Cup final was played between India and Sri Lanka. Let’s quickly have a look at this unforgettable match.

If you are a fan of the fast-paced T20 tournaments, then you should certainly watch the highlights of this T20 match that was played between Sri Lanka and England.