The royal wedding of Prince Harry and Megan Markle took place in Windsor Castle on 19th May 2018. Needless to say, it was a global event, which was covered by almost every leading media agency in the world. After all, it was the wedding of the royals. Though, if you think you have missed something about the royal wedding, then don’t worry. We have come up with a quick recap of everything related to it. Let’s get it started with!

You might already know that Prince Harry is the son of Charles (Prince of Whales) and the late Princess Diana. On the other hand, Megan Markle is a well-known American actress. She is widely known for her recurring role in the legal drama, Suits. While they both were dated for a while, it was officially announced in November 2017 that the couple will tie the knot in the middle of 2018.

By March 2018, it was decided that the wedding would have a total of 600 invitations. Soon, personalised invites started to roll. Here’s how the official royal wedding invitation looked like.

It was on 12th February 2018 when the official announcement of the wedding was made. The date was set as 19th May 2018 while the venue was St. George Chapel in Windsor, England. The Queen of England gave Prince the title of Duke of Sussex while Megan Markle became the Duchess of Sussex. The venue was quite special as it was also where Harry’s uncle and cousin got married.
While there were only 2600 guests at the wedding, the total royal wedding cost was estimated around £32 million. The town of Windsor also spent around £2 million to clean the roads and welcome numerous guests. Here’s a look at some of the final preparations of the wedding. 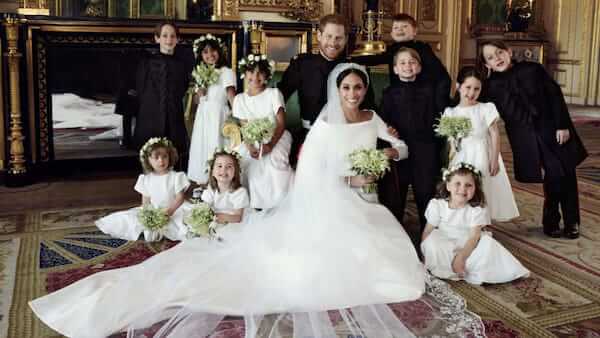 Prince Harry’s elder brother Prince William was the best man in the wedding. Though, there was no maid of honour in the ceremony. A group of children from both sides of the family was selected as bridesmaids and page boys. It was at 12:00 noon BST when the ceremony was officially started.

The wedding was attended by almost all the members of the royal family. Besides that, there were tons of A-listed celebrities, TV stars, and singers who attended the wedding. Megan Markle’s co-stars from Suits like Patrick J. Adams and Gabriel Mach were there with their spouses. The wedding was also attended by her friends like Priyanka Chopra and Carey Mulligan. Some other high-profile guests at the wedding were George Clooney, Tom Hardy, Oprah Winfrey, Serena Williams, Idris Elba, James Blunt, and Chelsy Davy. 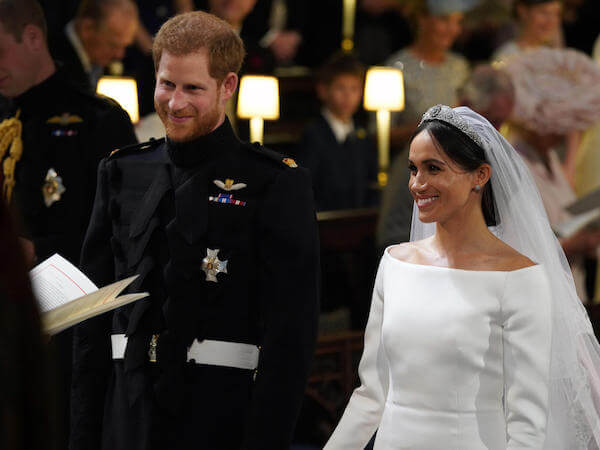 Justin Welby, who is the Archbishop of Canterbury, commemorated the royal wedding ceremony. Michael Curry also gave a heartfelt speech about love and compassion while quoting Marin Luther King. Soon after that, the wedding vows were exchanged and the ceremony was sealed by the exchange of rings. Before stepping outside of the chapel, the national anthem was sung. The entire event was streamed live on different platforms. You can still catch the recording of the royal wedding right here.

Once the wedding ceremony was over, there was a reception and a family celebration. During the reception, the Prince of Wales gave a heartfelt speech while Elton John performed a few songs as well. The wedding cake was made of lemon and elderflower flavor. Though, there were countless of other dishes at the reception. Here’s a scoop of what happened inside the royal wedding party for you.

The event ended with fireworks and followed by an after-party that was only attended by close friends of the bride and groom. Besides the celebrations, people also wanted to know what their favorite stars wore during the ceremony. While everyone looked chic and sophisticated during the ceremony, a few of them like David Beckham and Priyanka Chopra certainly stood out. Have a look at some of the best and worst royal wedding dresses here.

Besides the stars, it was the bride who was in the limelight all the time. The wedding gown was designed by the British designer Clare Waight Keller and was made of pure silk. Not just the gown, it was the veil that caught everyone’s attention too. It was a 16 feet long veil with embroideries of different flowers. The veil had a total of 53 different kinds of flowers, each representing a Commonwealth nation.

Part 4. Watch the Latest News and Scoops on Snaptube

If you want to know more about the royal wedding, then simply download Snaptube on your Android device. This freely available Android app features numerous video hosting and sharing platforms. From Vimeo and Dailymotion to Vevo – you can look for videos from different platforms in one place. Therefore, you can browse an unlimited range of the latest movies and entertainment news, celebrity scoops, gossips, and so much more.
Go ahead and download the Snaptube app on your device and watch your favorite videos anytime and anywhere.