Karnataka Election 2018: Everything You Need to Know

Karnataka Elections in 2018: How the Drama Unfolded

For the last few days, all of us have the same question. After all, the Karnataka election 2018 has witnessed plenty of ups and downs. Just when it was assumed that BJP (Bharatiya Janata Party) would form the ruling government, we saw a drastic change in the results. If you want to catch up with the latest news related to the Karnataka election, then you are at the right place. Read on to know more about the election results and more.

Just like every other state in India, the election commission of Karnataka organizes the state elections in every 5 years. Though, 2018 was certainly an unexpected year as it witnessed plenty of ups and downs. There are a total of 224 seats in the state. Out of those, the results for the 222 seats are already out. The elections for the remaining 2 seats will be held again later this month. 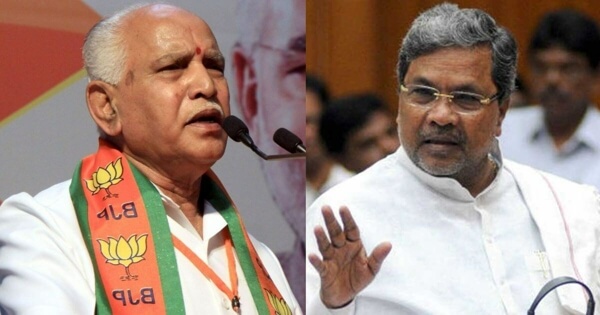 The election commission of Karnataka opened on 17th April 2018 to accept nominations. The date of polling was 12 th May 2018 and the date of counting the votes was 15th May 2018. While the results of the elections are already out, we are expected to have the voting for the 2 remaining seats before 30 th May 2018. It was one of the biggest Karnataka elections so far, which witnessed a turnaround of more than 72% of its population.

The Karnataka election 2018 has been surrounded by plenty of controversies for the last few months now. The campaign was officially started in November 2017 by BJP. Also, on 4th February 2018, Narendra Modi addressed the crowd in Bangalore for the campaign as well. There was also a 14-day march organized by the party. Even the election commission of Karnataka organized an outreach program to make people aware of the upcoming elections.

It was in March 2018 when Congress alleged the election commission of Karnataka to leak the election dates. According to Congress, it gave an unfair advantage to BJP. Also, in May 2018, 13 people were arrested for running a voter ID scam. According to the officials, more than 10,000 fake voter IDs were generated.

The Karnataka election date saw an overwhelming response from the citizens. It was clear that in order to make a ruling party, 113 out of the total 224 seats were needed by the majority. The opinion polls were quite non-conclusive with some experts favoring BJP while others INC (Indian National Congress). In most of the exit polls, BJP was expected to get more than 100 sets while INC was expected to get more than 80 seats.

While BJP had more seats than any other party, it was not able to secure the position as a leading majority. It has been calculated that BJP only needed around 6700 votes to gain 113 seats. While BJP had more seats, the total number of votes bagged by INC was more. BJP got 36.2% of the total votes while INC secured 38%. Nevertheless, the party was not able to win enough seats.

Part 4. The Formation of the Government

The post-polling politics in the Karnataka assembly elections was pretty surprising. Since BJP had more votes, the governor invited the party to prove majority in the next 15 days. During the provided duration, INC alleged that BJP is trying to poach its members. Meanwhile, INC and JDS formed an alliance.

Both, Congress and JDS urged for the swearing-in ceremony to be halted. A floor test was later conducted on 19th May 2018 to identify the majority in the Karnataka assembly elections. In the end, the government was formed by the unification of INC and JDS. H D Kumaraswamy of Janata Dal took the oath to become the present Chief Minister of Karnataka on 23rd May 2018.

If you want to know more about the Karnataka election 2018, then simply download the Snaptube app on your Android device. It is a freely available app that hosts numerous video sharing platforms together. You can easily find any video of your choice and stream it on your device. From politics to entertainment, you can find all kinds of news on Snaptube.
Also, you can watch videos of different genres on the app as well. All of this is provided at free of cost. So what are you waiting for? Download the Snaptube app right away and give a new life to your Android device.