10 of the Best Kabaddi Players You Need to Know

Kabaddi is the only game in India that has seeks the attention of worldwide players within short time period. Mostly wrestlers are attracting towards it because it requires lots of strength and active body. A decade ago, the name of kabaddi was merely known outside India but due to the continuous efforts of players and sponsors, now it has become a strong contender to be included in Olympics. There are lots of names in this game that have huge fan following in both male and female category. The main reason of its rapid popularity is un-predictive action and aggression. Now let’s take a look at top 10 Kabaddi players.

The name of Manjeet Chhillar comes on the top of the Kabaddi players list because of his outstanding all-rounder performance. He is a perfect combination of defending and on the same time raiding too. After starting his career as a professional player, Manjeet led Bengaluru Bulls and Puneri Paltan as captain. Till now, he has played just 59 matches but scored 403 points from which 207 are of raid and 196 of tackling. This shows his consistency in both aspects at equal level. 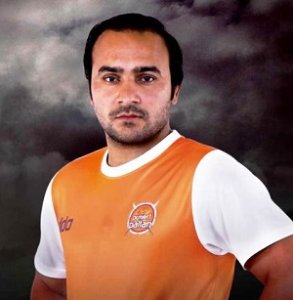 In pro kabaddi league, the name of Rahul Chaudhary comes in most active and strategic players. He is basically a raider who always proven as nightmare to the opponent teams. Currently, Rahul is holding the record of highest 482 raid points in just 57 matches. Right after the introduction in exhibition tournaments, Rahul is continuously playing for Telugu Tians as their core strength. 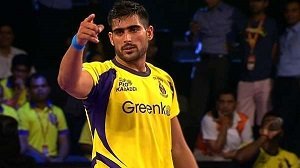 In the list of topmost all-rounders, this Kabaddi player is also holding a reputable position. He wisely utilise his fit and active body to raid and defend aggressively. In the first season, Sandeep was playing for Telugu Titans and now he will represent Puneri Paltan. In his career on pro kabaddi league, Sandeep played total 62 matches and scored 332 points. 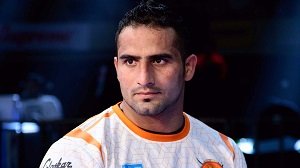 To contribute in the pride of Chhillar clan, Mohit is also a shilling name in PKL. In the fourth season of pro kabaddi league, he was the most expensive player ever sold. He is basically a tackler who won best defender of the match prize several times because of the outstanding performance. Till now, he played 57 matches and earned 170 tackle points. 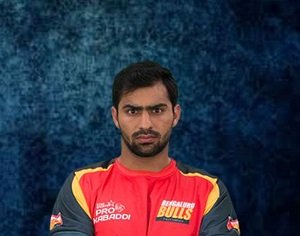 Rohit might be a new name to pro kabaddi league but his terrific performance is drawing the attention of millions of fans. This is the reason why he was awarded as the most valuable player in 3rd season of tournament. For season 5, Bengaluru Bulls place the second highest bod of season whith 81 lakh INR. In his short career time period of 26 matches, Rohit earned 195 points. He is a raider with average score of 7.5 points per match. 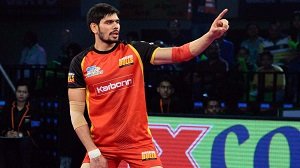 In the list of coolest players of PKL, the name of Anup Kumar comes on the top. Kabaddi is a game of aggression so it is not easy to stay cool and calm in every hard situation. He is a consistent player of U Mumba team who is basically known for his raids. In his 57 matches, Anup got 377 points just by raid. 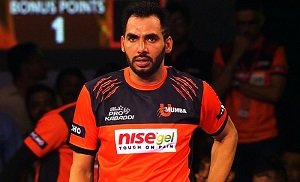 In the list of most aggressive raiders, Pradeep Narwal is counted as a rising star. His free scoring technique is simply superb for earning multiple points in single raid. Because of his terrific performance, all teams want him to join but in 5th season pirates placed highest bid on him. Talking about his records, Narwal scored 256 points in just 38 matches. 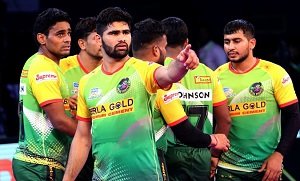 This is another clever and expert raider of pro kabaddi league who is known for excellent performance in do or die situations several times. As a captain, he represents Puneri Paltan and Bengaluru Bulls and currently going to represent Tamil Thalaivas. His total raid points are 316 in 58 matches. 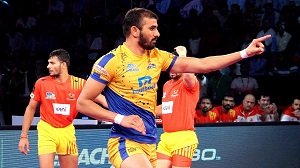 Kabaddi is expanding its boundaries worldwide and this Iranian player is proving it. Meraj is an all-rounder kabaddi player who started his career with Telugu Tians, the Indian Kabaddi team. He is a great defender of corners and powerful raider too. In the 5th season of tournament, he will play for Dabang Delhi. Among his 161 total points, 9 came from raid and 42 from defending. 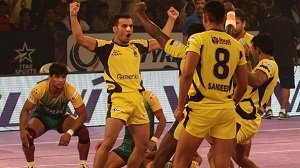 This South Indian kabaddi player is also known as Anna by team mates. As a defender, Dhamaraj has got 151 ponts in 59 matches that is why he comes in the top 10 list. He started his career with Bengaluru Bulls and currently going to represent Puneri Paltan as Defender second time. 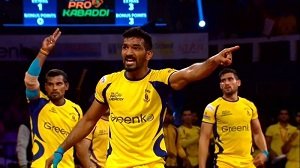 Part 2. Watch Performances of All Kabaddi Team Players on Snaptube

Kabaddi is an international game but still not get the recognition on large platforms. This is the reason why you can see their matches on limited number of channels. To solve this problem, Snaptube mobile application is playing an important role. In this app, the user has options to choose any resolution while watching the Pro Kabaddi videos. Also one can explore live matches and save them for watching offline. The best thing about this app is that you can switch between multiple portals without shifting from one app to another. In short, one can consider, Snaptube as all in one multimedia player for both online and offline contents.