With the onset of the festive season in India, we all can see a colorful ambiance in the entire subcontinent. From huge effigies of Ravana to fireworks at night, Dussehra is certainly one of the most fun festivals in the Hindu culture. If you are new to the custom, then you might be wondering when is Dussehra 2020 or how the Dussehra festival is celebrated. Let’s find out!

Just like every other major Hindu festival, the exact date for Dussehra might change every year. Ideally, Dussehra falls in the month of Ashvin (the 7th month of the Hindu calendar). Dussehra is observed on the 10th day of Ashvin and is also known as Vijaydashmi (the 10th day of victory). The Dussehra 2020 date in India is 19th October. Therefore, if you are of Indian origin and lives in any other part of the world, then you can make the needed adjustments. 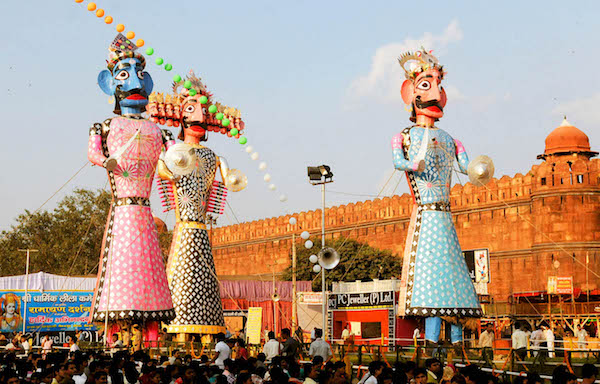 Part 2. About Dussehra: Why is it celebrated?

The history of Dussehra is probably as old as the scripts of the Hindu religion. Ramayana is one of the most important holy books in Hinduism. It narrates the story of Lord Rama (an incarnation of Vishnu), who came into this world to kill the evil king, Ravana. It was after when Ravana abducted Sita, Lord Rama went to Lanka to fight him with his army. After a long battle and facing numerous obstacles, Rama won the battle and killed Ravana.

Dussehra is the day when the war finally came to an end. It is the depiction of victory of good over evil. Since then, the day embarks a celebration in the entire Indian subcontinent. Additionally, Vijaydashmi is also celebrated as the last day of Durga Puja. It also embarks the victory of Goddess Durga over Mahishasura (the buffalo demon).

Part 3. Dussehra celebration: How is the festival celebrated?

Since India is a diverse land, the same festival is celebrated in different ways in various states. Though, the most common practice of the Dussehra festival is the morning ritual. It is a national holiday as people get up early, get dressed, and visit the nearby temples. They pay their respect to Lord Rama and ask him to take away all the evil and bad things from their lives as well. 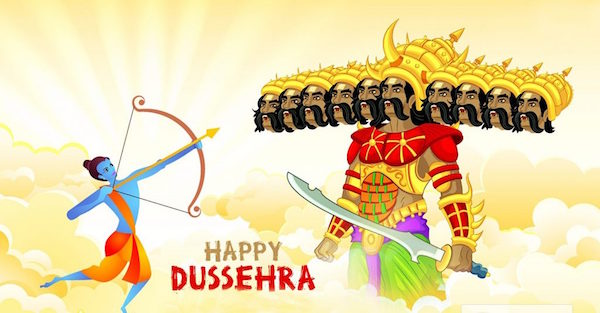 Though, it is the evening Dussehra celebration that is considered the most awaited event. In every city, suburb, and region, there are all kinds of fairs organized. Besides cultural and entertaining events, the fair also features effigies of Ravana and his brothers. The effigies are huge with some as high as 200 ft. By late evening, the effigies are set on fire, which symbolizes the victory of good over evil. This is followed by fireworks and tons of celebrations!

Some specific regions are more popular with their Dussehra celebration than others. For instance, Kullu Dussehra is quite famous in northern India. A huge fair is organized which is attended by around half a million people. They come with different sculptures of deities from their region for the celebration. Ganga Dussehra is also pretty well-known as priests organize a special aarti on the banks of the holy river, Ganga. Besides that, Mysore Dussehra and Ayodhya Dussehra (the birthplace of Lord Rama) are also known in India.

Catch tons of other Dussehra videos free of cost on Snaptube. The app has collaborated numerous video sharing platforms in one place. This means you can find all kinds of videos without switching between different apps. On Snaptube, you can find an unlimited range of devotional music, informative videos about festivals, Dussehra celebrations, and so much more. Besides that, you can also watch movies, shows, and all kinds of videos on Snaptube as well. It is available for free and will let you make the most of your device.

Any Indian festival is incomplete without the right music. After learning about Dussehra information, pick some devotional music for the occasion. The common Dussehra video and song are about Lord Rama, Goddess Durga, and the victory of good over bad.