Must-Know Facts and History of India Cricket: Then & Now

There is no denying the fact that cricket in India is not just a sport – it is a religion. Almost every Indian religiously follow cricket, which makes it the most popular sports in the country. While the game was initially introduced by the British, it has certainly evolved a lot in the Indian subcontinent. If you are also a follower of India cricket, then you have come to the right place. Let’s learn more about its history and how it has evolved.

Part 1. Know More about India and Cricket on Snaptube

Snaptube is a freely available app that is compatible with all the major Android devices.You can get all the latest scoops related to India and cricket on its native interface. The app has integrated all the popular video sharing platforms in one place. Therefore, you can easily find all your favorite videos without switching between different apps. Watch the highlights of the past matches or the interviews of your favorite players. Get to know everything about the upcoming India cricket tours and series as well. Simply download the Snaptube app on your device and never run short of cricket-related content.

Part 2. History of Cricket in India

You might already know that cricket was brought to India by the East India Company. The game was first introduced to the Indian subcontinent via Calcutta. Though, on the west coast, the first match was speculated to be played in 1721 near Baroda. The first official
match was played between Calcutta and Madras way back in 1864. Gradually, the game picked up in the country.
It was only in 1932 when India cricket joined the group of Australia, England, South Africa,and New Zealand. The first match of the national team outside the country was played at Lords. After gaining independence, India started developing its regional teams as well. The Gymkhana ground in Bombay is probably the oldest cricket stadium in India. While Eden Gardens was established in 1864, it was modified to become the biggest cricket stadium in India. 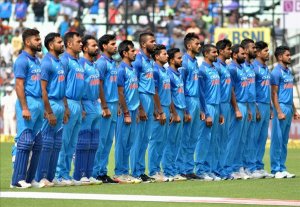 After getting to know about the history of cricket in India, let’s learn more about the national team. Commonly known as the “Men in Blue”, the team actively plays all the popular formats of cricket like Test series, One-day, and T20. The team is governed by the Board of Control for Cricket in India (BCCI), which is a member of ICC (International Cricket Council).
Since India and Cricket have such an impressive history, the nation has produced some of the best cricketers in the world. While we can’t name all of them, we certainly can’t miss out crickets like Kapil Dev, Sunil Gavaskar, MS Dhoni, Sachin Tendulkar, and Virat Kohli. Currently, the team ranks 1st in Test, 2nd in ODI, and 3 rd in T20. Though, the team has a record of holding 1st positions in all the match formats.

Till date, there has been countless of Indian cricket series and league matches. Though,some wins make an unforgettable place in the India cricket history.

India won its first World Cup way back in 1983 and created history. The win certainly placed India as a game-changer.

India is one of the few countries with a record of more than one World Cup wins. In 2011, it defeated Sri Lanka on home soil.

Earlier in 2002, both India and Sri Lanka were declared the winner of the trophy. Though, in 2013, Indian defeated England to become a sole winner.

Besides that, the team has created tons of records and has won numerous Indian cricket series and tours as well.