Holi celebration is a widespread festival of Indian tradition in which people play with colours. In every region and state, there are different ways of its celebration but Holi of Uttar Pradesh and Bihar is most famous. In Mathura, you can experience the fascinating scenes of this festival. This is the reason why countless Holi songs release every year. During the parties of Holi, you can play them on DJ for enjoying dance. Bhojpuri singers sing them in different voices but all of them are made for dance. As you know that Holi is about to come, so you need to arrange a playlist of Bhojpuri Holi song.

Phalgun is known as spring season as per the Hindu calendar in which Holi festival is celebrated. This song is based on same season belongs to Kare La Kamaal Dharti Ke Laal movie. The collaboration of singer Pawan Singh and music director Rajesh Gupta did an amazing job. On the channel Hamaar Bhojpuri, it is available to watch and listen with the help of Snaptube application.

On the occasion of Holi, special Bhojpuri movies release every year including many hot dance numbers. This song is from Lehanga Laal Ho Jaai movie in which Sunil Singh, Rajesh Mishra, Rakesh Raj, Sahil, Preetam, Shashi, Nagendra, Nisha, Kajol, Sanjana, Switi, Ambar, Pooja and Priya were in the main star cast. It is available since 27 Feb 2013. Both singing and music direction is done by Pawan Singh and lyrics are of Vinay Bihari.

Khesari Lal Yadav is a popular name in Bhojpuri entertainment industry who sing every kind of songs. Not just in movie albums, but he also performs in many stage shows. This is one of his stage show performances on the occasion of Holi. You can enjoy the real Bhojpuri voice on this dance number that can be the perfect soundtrack of Holi festival.

This is another hit song of singer Pawan Singh based on Holi celebration. To complete this duet, Kajal Raghwani gave female voice. This song is a part of Kalluji Bhojpuri Movie which was released in 2016. Talking about the song, it is available on Wave channel where already more than 1 million people watched it.

If you are searching some romantic songs for the occasion of Holi in the Bhojpuri language then watch this one on Snaptube. Akshara and Amarali sang this song and Pawan Singh also contributed to it. Right before the Holi festival in 2017, it was released on 9 March. This can be a perfect dance number to play while celebrating Holi with your loved ones. Like most of the Bhojpuri songs, it was also published under the banner of Wave music channel and got more than 2 million views.

This song is derived from Holi me rang dalwa album which is a double meaning dance number. Siger Gunjan singh also performed in the video which is directed by Shekhar Singh and Lyrics are penned by Manish Rohtaasi. 9 Feb 2017 was its releasing date under Wave music label.

In the category of double meaning dance numbers of Holi, you can include it in the list. The singer Pramod Premi Yadav is famous for singing this kind of songs on many occasions. It is a part of rang dale da Holi Mein music album which is available in high definition quality.

8. Bhouji Ko Dudh Nahi a he

This is another stage performance of singer Khesari Lal Yadav who was singing in a Holi celebration program. Like his all other songs, it has also become very famous and still, people recite it after releasing on 25 Feb 2016. In the music album Aai na lagali, this is one of the most famous tracks that you can listen. Right now, more than nine million likes are available on it at channel.

For an energetic dance number for Holi celebration, you must listen to this song. It is a presentation of Arbind Akela Kallu Ji and Nisha Dubey from album Lasar fasar Holi mein. Under the label of Wave music, it was released on 4 March 2014 at channel.

Famous Bhojpuri singers Pawan Singh and Priyanka Singh sang this song especially on the occasion of Holi festival. Its lyrics are given by Azad Singh and Music director is Madhuker Anand.

In the Bhojpuri language, you can get a maximum number of songs on Holi festival. Most of them are dance numbers that run in every DJ party. To gain instant access to all these songs, you need to install Snaptube on Android device.
After installation, just enter the name of sing in topmost search bar and initiate search. It will show all possible results instantly. After choosing the song, you will be able to play it in multiple bitrates and resolutions. Snaptube has also a picture in picture mode which is very convenient if you want to watch video along with working on any other application. 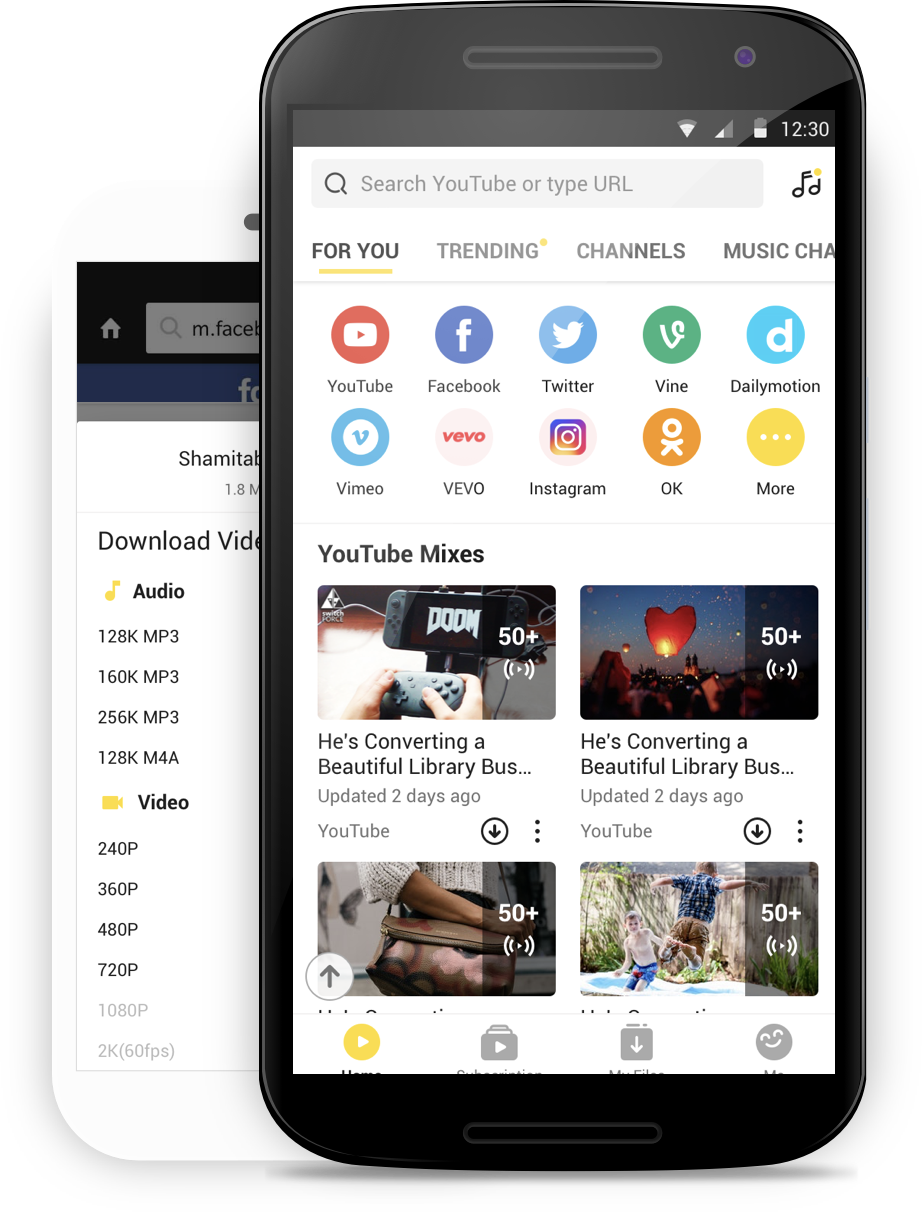