Assamese Song | Latest Songs to Listen to in 2018

Assam is one of the beautiful states that have some unique culture and tradition. This North-Eastern state flaunts its natural beauty and its ever so delightful culture. Based on this culture and tradition several songs are being made. Assamese songs are getting pretty popular these days & also in many parts of India. They are passionate and in the meantime, constrain you to hear it a few times. We have handpicked 10 new Assamese song list, so let’s have a look.

Now you can search, browse and listen to latest Assamese song on Snaptube. This app lets you search and enjoy songs or videos from different websites like Dailymotion, Facebook etc in a matter of seconds. You can quickly access these sites from one single dashboard and add any site you like as you want. Videos are available in different resolutions from 360p to 4k. It has inbuilt video and audio player. With the help of this one can easily search and play videos in Snaptube application. Get this app right now.

This Assamese audio song is sung by some of the best talented singer like the Padmanav Bordoloi & Priyam Borpatra Gohain. These people together get the tune right and eventually composed the song with Padmanav, Indrajeet, Prasanta & Bidyut. Lyrics were written by Prasanta & Bidyut. Watch this video in full HD by clicking the link below.

This song is from the movie Mission China starring Zubeen Garg & Deeplina Deka. Zubeen Garg & Zublee Baruah are the singers, while Zubeen Garg also directed the movie and penned the lyrics. You can watch this song in full HD. This video got published on 28th July 2017 and its already been viewed over 7 million times.

Third on the list is the song by Padmanav Bordoloi. May not be the most popular Assamese song but its worth mentioning on the list. This song is about asking for somebody to remain in his place. The tune is portrayed in the slowest form which brings a sweet tune into play.

The song is well composed by Hrituv. Hrituv and Beauty are the singers, starring Anurag Bitupan and Barbie. Published in the year 11 April 2016 under the banner “Assam Music”.You can watch this video in 1080 P by clicking the link below.

The song bears the social and conventional strategies for the general population who are continually following the customs and tradition.
Bastav Nath is the singer & video director. Music composed by Joon Jonak & lyrics written by Bhintu Deori. Watch this song in 1080 p and add it in your playlist.

Another song that has something unique to it that initiates you to enjoy the best minutes while listening to the songs. The song was depicted from the album Konseng published in the year 2017 and earned lots of popularity among the music lovers.

This is one of Zubeen Garg’s & Sanchayetta Kashyap latest Bihu song and it is as good as any of their previous tracks. Video published in 11 Jan 2018 under the banner “Assamese Lyrics Videos”. Album name is Maisang 2018. This video has already received 400 + likes in just two months tells about the popularity of this video.

This is yet another prominent Bihu tune by Zubeen Garg & Vitali Das, which should be in your playlist. Prasenjit & Shymantika starring in this video. Music directed by Biman Baruah and video directed by Samiran Das. This video been liked 5000 times and received positive response. Click on the link below to watch the video in HD.

This is another new Bihu song sung by Gauri Shankar, and has moved toward becoming a significant sensation. Gauri Sankar and Murchana sang this song while music composed by Bijoy sankar. Charli penned the lyrics. Under the banner “Assamese Culture” this video got published on 29 Nov 2017. Add this song to your playlist.

Unlike any other Assamese songs on this list you get a Bollywood feeling to it. This is a hot video song sung by Neel Akash and Tanaya Gogoi. Nilotpal Xobda and Tridip Kalyan gave the lyrics. Watch the video on HD format by clicking the link below.

This Assamese hit song is simple yet soothing to hear. The scenic view is breath taking which you normally don’t see in Assamese video songs. Vreegu Kashyap & Barnali Kalita sang this song. Lyrics given by Diganta Bharati and video directed by Ashim Gogoi. Already received over 2 k likes you can watch this video song on full high definition. 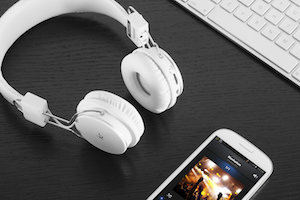