Stanley is the father of all superheroes that you can see in movies nowadays such as Thor, Hulk, Spiderman, Captain America and Black Panther etc. Their recent release Avengers: Infinity War has become a massive hit which is the third movie of this series. Its fourth part is already under progress and is expected to release in the April month of 2019. If you are also a Marvel fan, read the below article to know which are the upcoming Marvel movies that you can watch in nearer future. 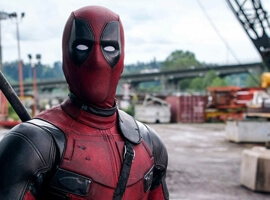 Deadpool 2 is the next Marvel movie. The character of Deadpool was first scene in X-Men origins Wolverine but he didn’t significant recognition because the storyline was different. After some time, a solo movie on Deadpool as released on 12 February 2016 and it became a massive hit. Actually, Deadpool is a superhero but with some twists. It comes with the combination of action, drama, emotions and comedy with some adult scenes too. Now its second part is all set to release on 16 May 2018. Its first screening will be available in Russia, UK and Nigeria. In India, if you are expecting it then wait for 2 more days because it will be released on 18 May 2018 in English, Telugu, Tamil and Hindi language. This time, the taglines of movie are “he is not coming alone.” Ryan Reynolds, Josh Brolin, Brianna Hildebrand and Morena Baccarin are the faces that you can see in the lead role in Deadpool 2. 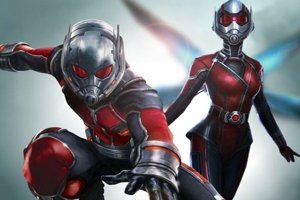 This summer is bringing a nonstop action of Marvel heroes that you will see in the second part of Ant-Man movie. Its first part was released on 24 July 2015 and it took around three years to bring back the second one. Within this time period, he was also seen in Avengers: Age of Ultron. Now the next movie of this series is going to be released on 5 July 2018 with whole new action and a powerful teammate too. It is a story of person who scientifically developed the capability of shrinking and expanding the size. Its trailer has already been released and the responses are mind-blowing. Hope you will also see the connection of this movie with upcoming part of Avengers. 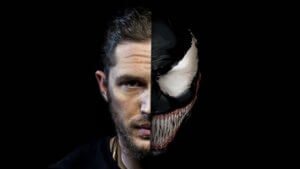 In 2018, get ready to welcome a whole new superhero launched by Marvels. Venom is one of Marvel Studio’s upcoming movies which is expected to be released on 4 October 2018. This character is something different from traditional heroes of this series. Tom Hardy and Woody Harrelson will be in the leading star cast of this movie. This will be the first joint venture of Sony and Marvel universal production houses. It is based on Spiderman’s Spin-off character but now has got a solo platform entertain the public with horror action and mystery. 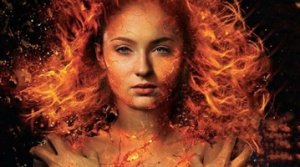 This is another Marvel upcoming films. After ending the concept of Logan from X-Men, the fans were disappointed. It is obvious because the series of X-men was successfully running for a decade and Hugh Jackman (Logan) was its main reason. Now Dark Phoenix movie is going to release on 14 February 2019. Its release date is official but no trailer has been released till now. It is possible that you will be able to see the action of beast, mystique, storm and nightcrawler again in this most awaited flicker of marvels.

Apart from that, a movie on most powerful Marvel comic’s character captain marvel will also release in 2019. After that, the fourth part of Avengers will also release and it will surely smash all previous records.

Watch All Superhero Movies in One Mobile App

The craze of superheroes is increasing among worldwide audiences. Consequently, all production houses are trying to introduce their characters in cinemas. Now there is an app that you can use to watch all movies on your Android device. With Snaptube app, it has become possible to access all sites that provide video entertainment stuff. You just need to enter the web address of site or keyword regarding movie to search it.

Download
On the top of Snaptube, you will have direct shortcuts to dive into the world of entertainment through snaplist, discover and video sites. In addition to the videos, this app is also capable of converting the video files into mp3 without requiring any additional software. To avail it in your Smartphone, visit the official site and choose from the options of stable and beta version.