The Telugu Cinema industry, also known as Tollywood industry, has a very rich history and is known to produce some of the best films in the country. The first film in Telugu was produced by East India Film Company and was named Savitri. Since then, the industry has never looked back and produced many great films for the world to watch. One of the major reasons for the growth of Tollywood industry over the past century is mainly due to the actors and actresses putting their best efforts into the cinema and so, we have brought you a top 10 list to find the hottest Tollywood actress and actor.

Bringing all your favorite regional movies, songs and videos together, Snaptube is the one-stop entertainment destination. Streaming regional movies have never been this easy, as all you have to do is launch the app and enjoy your favorite movies absolutely free. Moreover, with the picture in picture mode, you can browse and play the movies you desire at the same time.

Download
This user-friendly brings together the content from many websites in one place, which means users will not have to search every site just to see whether the movie or a song is available or not. So what are waiting for? Get the Snaptube app now and watch your favorite Telugu movies.

Here are the 10 hottest Telugu Actresses that made Tollywood a better place. 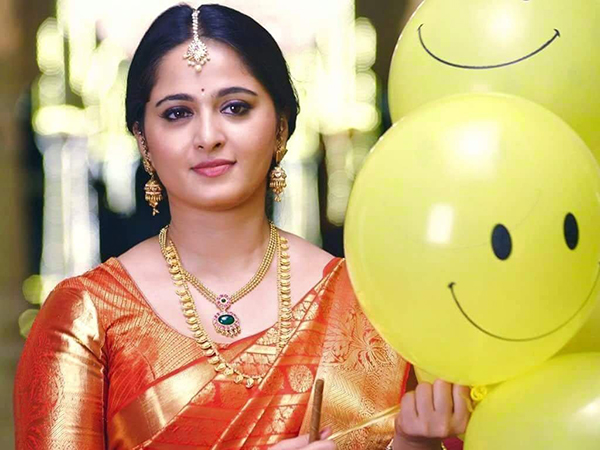 Sweety Shetty or otherwise known by her stage Anushka Shetty is a bold, beautiful and popular actress in Telugu film industry. She has been part of many Telugu blockbusters such as BaahuBali, Arundhati, Ragada and much more. 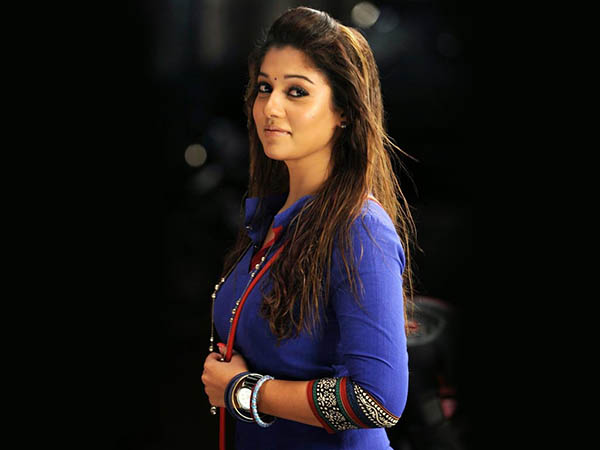 Nayantara is a well-known South Indian actress known for her work in Tamil movies. However, she is an active star in Telugu film industry as well. She made her name by acting in many popular movies like Tulasi, Simha and Dubai Seenu. 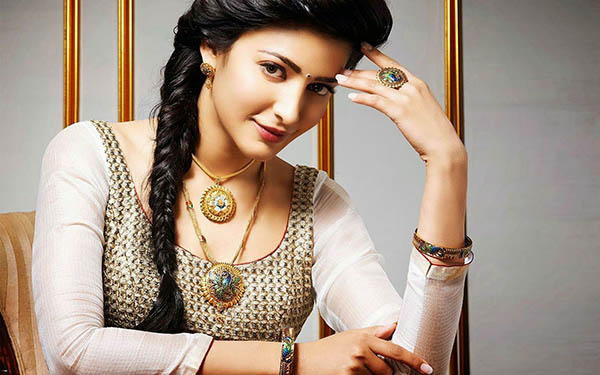 Even though being the daughter of the well-known actor Kamal Hassan, Shruti Hassan did not fail to rise to popularity with her own talent. Because of her remarkable acting talent, she was casted in many great movies which include Gabbar Singh, Srimanthudu and Ramaiya Vastavaiya. 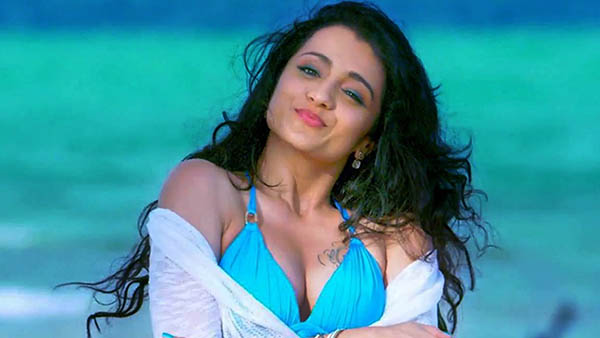 Trisha is undoubtedly one of the leading Telugu film industry actresses. She has a natural talent for acting and looks great on and off screen. Watch her as she takes on the leading role in many blockbuster movies such as King, Athadu, Dhammu and more. 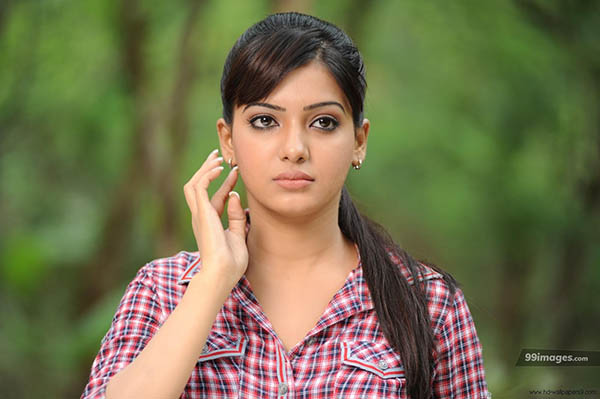 Samantha has successfully made her name sparkle in the Telugu film industry. She is extremely talented and is also a recipient of four Filmfare Awards. You can see her in action in Telugu movies such as Ye Maya Chesave, Janatha Garage and Eega. 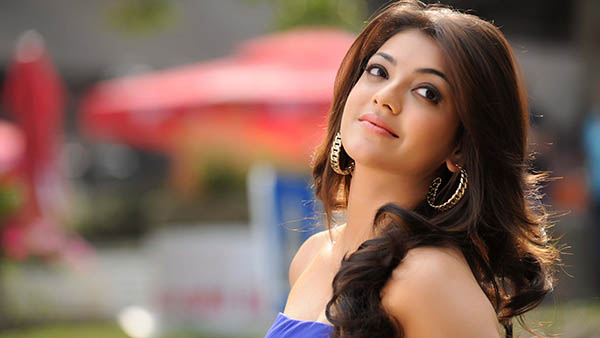 Kajal Agarwal is a famous actress in the entire country. Before she made an appearance in Bollywood, she had already made her name in Telugu and Tamil industries. She was nominated for four Filmfare Awards and also acted in the super hit movies like Magadheera, Mr. Perfect and Arya 2. 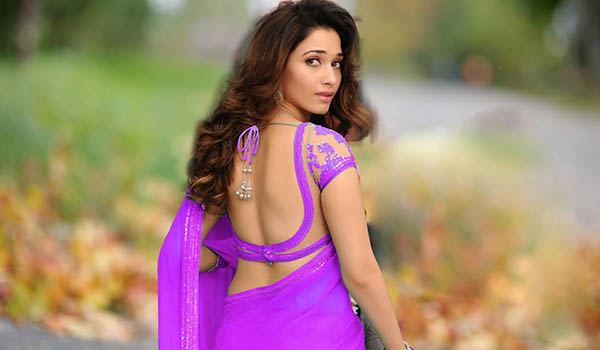 Quiet known for her childish and naughty attitude in her movies, Tamannah is a leading Telugu and Tamil actress. Apart from being a famous actress, she is also a dancer in her personal life. The hit movies starring Tamannah are Baahubali: The Beginning, Rebel, Racha and more. 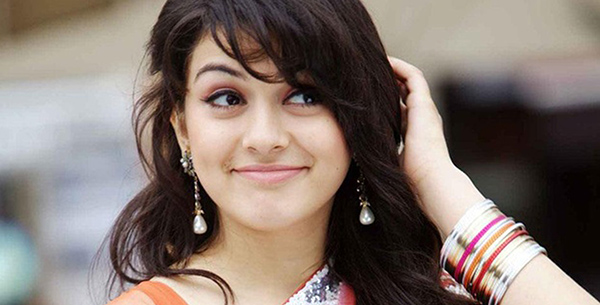 Hansika, who was once famous for her role in Shakalaka Boom Boom is now a renowned Indian actress appearing in Telugu and Tamil movies. She made her debut in Telugu industry with the film Desamuduru and was awarded the Fimfare Award for the Best Female Debut. Other hit movies of Hansika are Kantri, Power, Kandireega, etc. 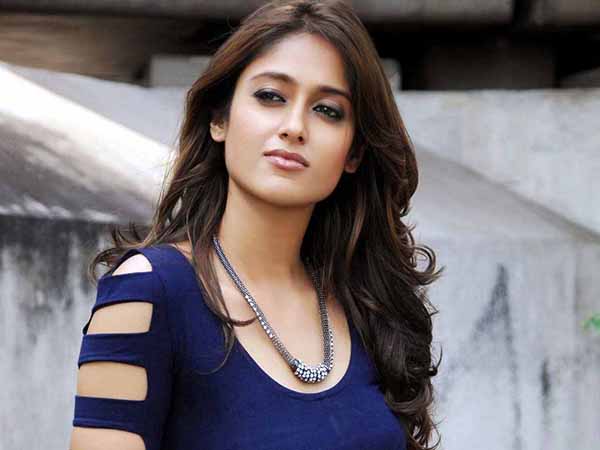 Illeana D’Cruz was a popular South Indian actress before she moved to Bollywood. She won the Filmfare award for the Best Female Debut in Devadasu. She was praised a lot for her other super hit movies too such as Pokiri, Jalsa and Munna. 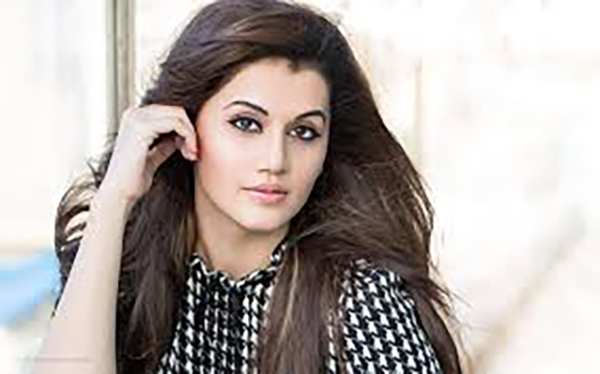 Taapsee is a multi-talented personality. She worked as a software professional before starting her modeling career and then finally entering the acting career. She is known across the entire country due to her hit films. Super hit Telugu movies starring Taapsee are Mr. Perfect, Veera and Daruvu.

After the list of hot Tollywood actresses, it is time for the top 10 hottest Telugu actors of all time. 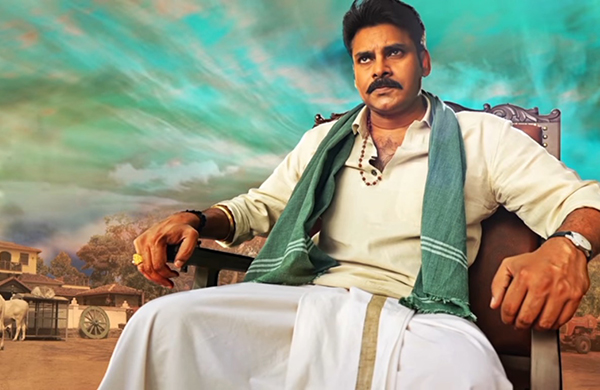 Pawan Kalyan is one of the most loved actors in Telugu industry. He is not only an actor but also a screenwriter, director, producer and a politician. Some of his best films are Attarintiki Daredi, Jalsa and Annavaram. 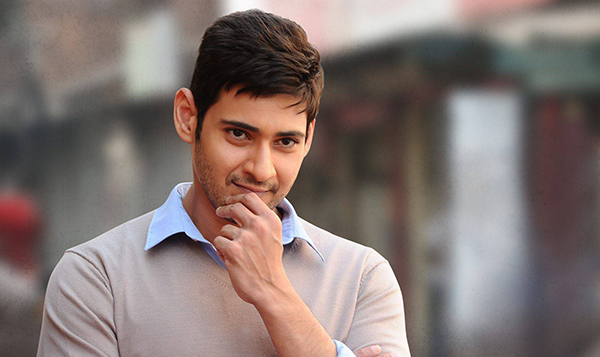 Mahesh Babu is a major celebrity in the Tollywood industry. He is an actor, producer and a philanthropist. His works have been a great contribution to the Telugu cinema. Some of his most appreciated movies are Pokiri, Sreemanthudu and Athadu. 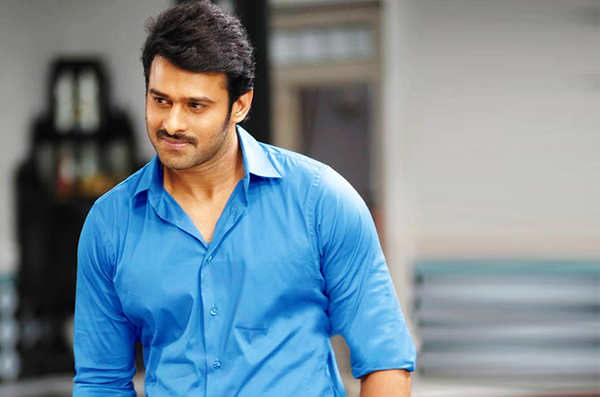 The world-wide famous actor from Baahubali had made his acting career debut with the Telugu cinema Eeshwar. He is a highly talented actor who is known for his dedication towards his work. Some of his best films are Mirchi, Rebel and Mr.Perfect. 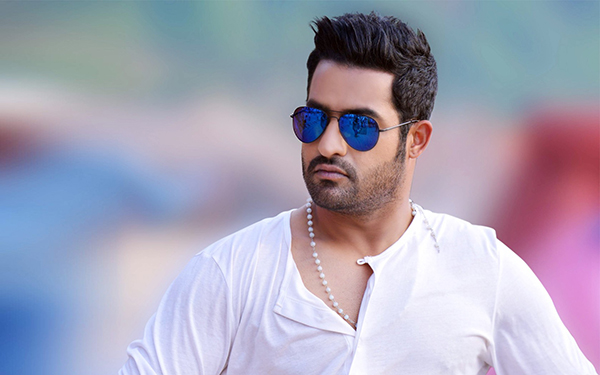 N.T Rama Rao Jr. is a renowned personality and is well known for his contribution to Telugu cinema. He acted in many great Telugu movies, some of which are Brindavanam, Shakti and Adhurs. 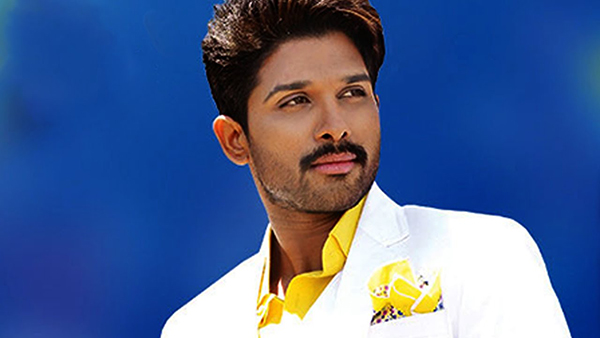 Known as the stylish superstar, Allu Arjun has a huge fandom following him. Few blockbuster Telugu movies starring him are Deshamuduru, Sarainodu and Race Gurram. 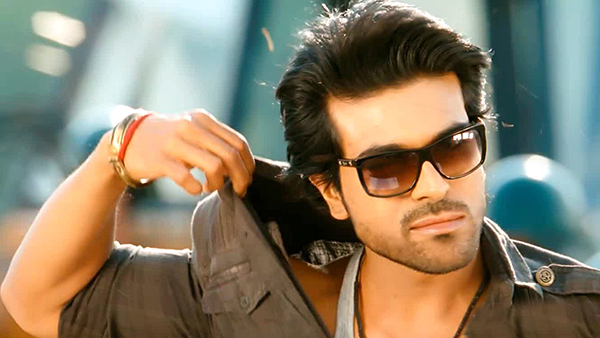 Son of the legendary actor Chiranjeevi himself, Ram Charan is one of the most dashing Telugu actors of all time. Some of his best movies are named Magadheera, Dhruva and Yevadu. 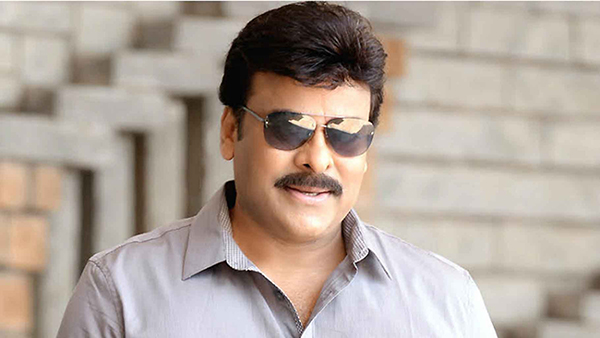 Some say that he is the backbone of the Telugu film industry. Without a doubt, he is known as the Mega Star Chiranjeevi and his most famous movies are Khaide No. 150, Stalin and Indra. 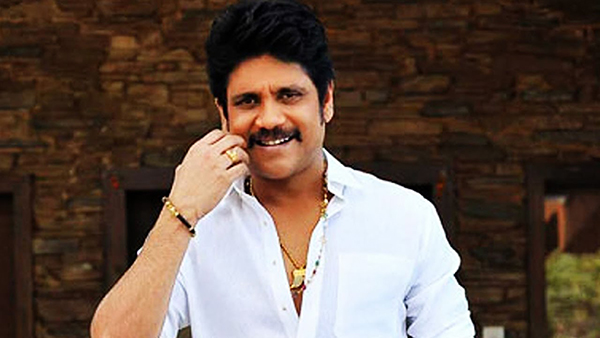 Nagarjuna is a very prominent figure in Telugu cinema. He has acted in many blockbusters that are evergreen till date. Some of his best movies are Manam, King and Shirdi Sai. 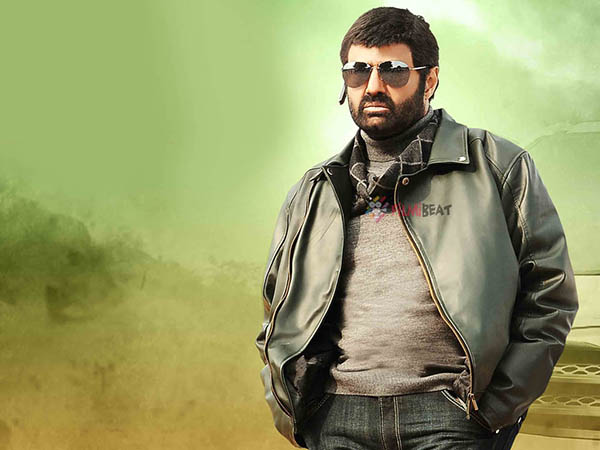 He is one of the oldest Telugu actors and a very popular figure too. He is much loved by the people and is known to be a gifted actor. Simha, Dictator and Legend are a few of his latest movies. 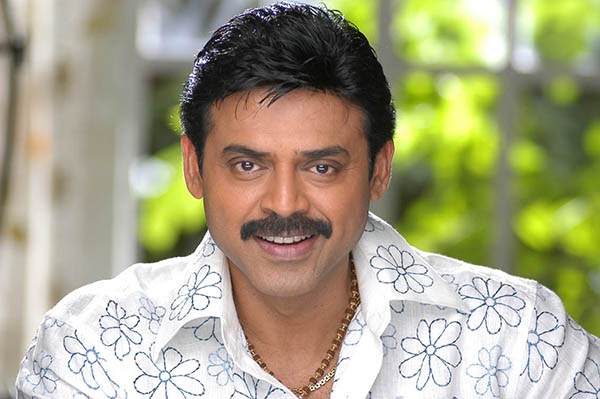 Known for his calm and collective attitude, Venkatesh or otherwise widely known as Venky is an amazing actor with great talent. Some of the best movies starring Venkatesh are Tulasi, Guru and Sooryavansham.