Sonu Ke Titu Ki Sweety Review: Who Will Win This Battle Of Sexes

If you are a fan of the Pyaar Ka Punchnama series, then you must be waiting for Sonu Ke Titu Ki Sweety as well. Ever since the movie was announced at the end of 2017, there has been a lot of buzz around it. Luv Ranjan, who has given us quite a handful of memorable romantic comedies, is back with this fast-paced flick. Read our Sonu Ke Titu Ki Sweety review and know what makes it a fun entertainer.

Released on 23 February, 2018, Sonu Ke Titu Ke Sweety (Sonu’s Titu’s Sweety) is a much-anticipated romantic comedy directed by Luv Ranjan. The movie was originally scheduled for an early February release, but was later pushed to its present release date. Since the actors (Kartik Aaryan and Nushrat Bharucha) are same as the Pyar Ka Punchnama series, the movie has a similar touch to it as well. 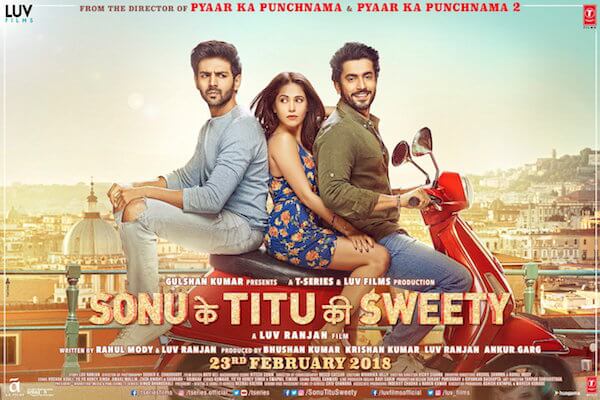 Sonu (played by Kartik Aaryan) and Titu (played by Sunny Singh) are the best of friends. While Titu always finds himself getting caught up in bad relationships, Sonu comes to assist him all the time like a true bff. Though, their friendship comes to a standstill when Titu gets an arrange-marriage proposal from Sweety (played by Nushrat Bharucha). Sweety is an ideal girl one can have, which makes Sonu suspicious than ever. As he digs into her past, it leads to a battle of sexes. Both Sonu and Sweety end up fighting each other for their friend/lover. All of this makes up for a hilarious story with tons of twists and plots.

Just like other Luv Ranjan movies, Sonu Ke Titu Ki Sweety has also got a mixed response from the audience. While some people have loved the movie for its witty comedy, a lot found it pretty misogynistic as well. Truth to be told – the movie is both funny and sexist. We recommend that if you want to have a good time watching the flick, then go with an open perspective. Enjoy the movie for the sake of its twisted characters and try not to generalize them if you wish to have a great time. 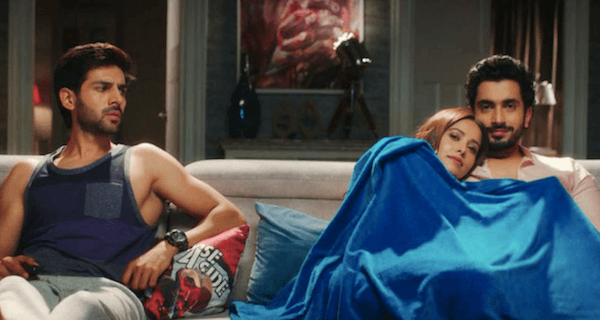 In a nutshell, the movie is all about bromance v/s romance. The movie quickly sets up the plot by introducing the characters and the comic situation they have all been caught up with. Both, Sonu and Sweety are the lifelines of the movie as they spent the major part of the movie fighting each other to win over Titu. You would certainly appreciate the witty writing with tons of jokes throughout the movie. The delivery of dialogues is to the point as almost every actor has done a remarkable job. 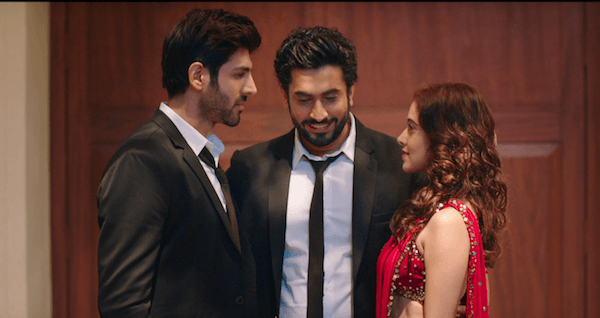 The movie does not have any big stars, but it has still managed to pull off the “big fat Indian wedding” phenomenon by including exotic locations and tons of dance numbers. While Nushrat has portrayed an ideal girl-next-door character with a mysterious past, Kartik has done an amazing job being a loyal friend with a mischievous attitude. Alok Nath has a small yet memorable role in the movie that is bound to win your heart. If you wish to have a fun-filled time watching something light and quirky, then Sonu Ke Titu Ki Sweety would be an ideal pick for the weekend. 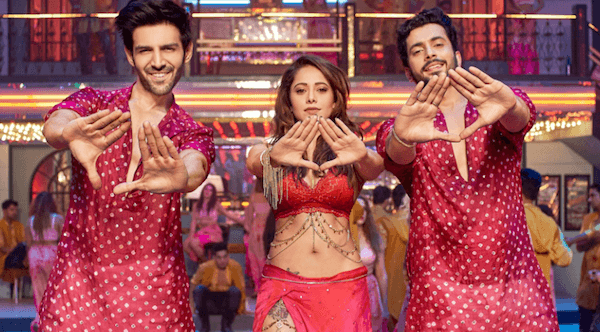 While the writing and dialogue delivery would certainly turn you on, there are a few things in the movie which could have been better. Even though the movie tries to break certain stereotypes, it falls into its own trap. There is a subtle misogynistic element in the movie, which has been portrayed by the lady-hater, Sonu. Chances are that some dialogues might make you feel uncomfortable as well. Nevertheless, the story has an amazing twist and an ideal ensemble of cast, which is sure to keep you hooked right till the end.

Why should you watch Sonu Ke Titu Ki Sweety?

The movie is undoubtedly a unique and peculiar take on the modern phenomenon of love-arrange marriage that is quite common in the Indian society. You would certainly be able to relate to the story and the characters in an effortless manner. You should watch this movie for its amazing writing, believable casting, and a hilarious story.

There were certain elements in the movie that stopped it from hitting the Bull’s Eye. Ranjan has portrayed Sweety as “the bad guy” in the movie. Even though the story takes a U-turn, it has a few sexist dialogues that not every viewer would appreciate. 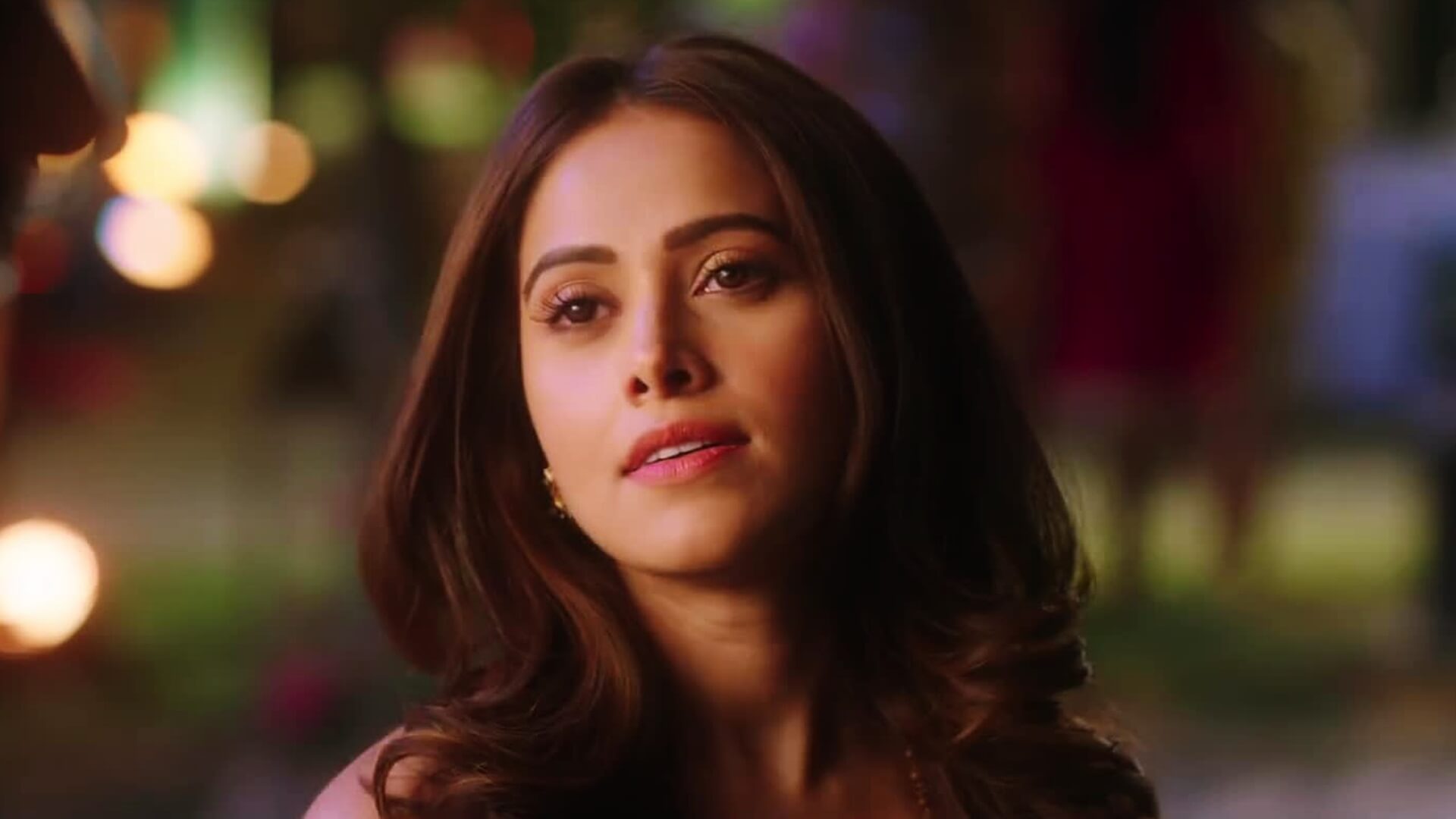 Here is what some of the viewers of the movie have to say about it.
“The movie is full entertainment with good punches, locations, and acting. Overall a nice movie to watch with your friends.” – Lakshya
“A must-watch movie that you won’t regret watching. The acting skills of Kartik Aryan and Alok Nath are fabulous.” – Sahil
“There are consistent funny scenes which does make the movie light, although it felt like another sexist attempt by Bollywood.” – Shekhar

★★★
3/5 stars
If you are a fan of Ranjan’s previous work (the Pyar Ka Punchnama series), then you are going to love watching this one as well. Watch it to see Alok Nath in an unexpected role and Kartik Aaryan at his best. It is a fun-filled and light-hearted movie that you would love watching for its comic and funny take on modern relationships. 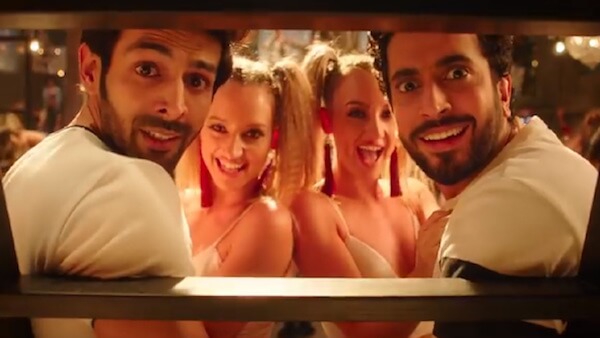 Snaptube has an unlimited collection of videos that you can watch without spending a dime. The app has integrated numerous entertaining and streaming platforms together that will let you look for the video of your choice without switching between different apps. Therefore, you can simply uninstall all the other apps and find the content that you are looking for in one place.

Download
You can find all kinds of videos including Bollywood movies, international TV shows, regional content, and so much more. Snaptube has a fast-loading player that supports HD videos as well. You can browse the app while watching a video as well to make the most of your time. Go ahead and download Snaptube on your Android device right away and have a great time watching your favorite movies.