Shamita Shetty in an International Film: The Awaited Comeback

Shamita Shetty has been absent from the limelight for the last 10 years now. Lucky for us, she is all set to make a huge comeback soon. According to the recent reports, she will star as a lead in an international project “The Tenant”. Just like you, plenty of other Shamita Shetty fans are excited about her comeback. Let’s proceed and know more about this upcoming project in detail. 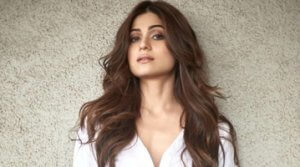 Before we learn about the international project of Shamita Shetty, let’s know more about her. Born on 2nd February 1979, she made her Bollywood debut in 2001. It was in the star-studded movie “Mohabbatein”. Among all the popular stars in the movie, Shamita was hugely appreciated and even won the IIFA “Star debut of the year” award for her performance. Later, she appeared in plenty of popular movies like Zeher, Cash, and Bewafa. While she was once compared to her sister Shilpa Shetty, she gradually won both critics and audience with her charm. Besides popular Bollywood movies, she also appeared in a few reality shows as well. Bigg Boss and Jhalak Dikhlaja are the two most popular reality shows that featured Shamita Shetty. She has also appeared in a few Tamil and Telugu movies as well. Shetty has also been associated with big brands like Aldo, Audi, Pantene, and more. Though, it has been almost 10 years now since Shamita has been a part of any major project. 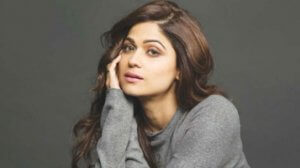 According to the speculations, Shamita Shetty will play a lead role in an upcoming international project. The expected title of the movie is “The Tenant” and the project will be led by Sushrut Jain. Sushrut is an Indian-born director, who is based out of Los Angeles. He is known for movies like “Andheri” and “Beyond All Boundaries”.

While we don’t know much about the release date of the movie, we do know that Shamita has already started preparing for the role. Shamita will be playing the role of a woman, who has just come in a middle-class housing society. Her arrival has caused a stir in the society, which has become the premise of the story.

In an interview, she said, “I have started with the workshop and I’m absolutely loving it. This is such a learning curve. I am looking forward to starting the shoot.” Clearly, Shamita is pretty excited about his upcoming project and so are we!

While it is still time for “The Tenant” to be released, we can still have a look at the popular Shamita Shetty movies and songs.

As you know, Shamita Shetty made her debut in Bollywood with Mohabbatein. Here is a scene from the movie to refresh your memory. She was cast opposite Uday Chopra in the movie.

Fareb was quite a turning point for Shamita. In the movie, both the Shetty sisters played the lead roles along with Manoj Bajpayee. The movie was originally released in 2005 and was based on adultery in marriage.

Zeher is considered as one of the best Shamita Shetty movies so far. Not only was the movie a box-office hit, it featured plenty of popular songs that made the movie timeless. She played the role of Sonia Mehra in the movie, who was a cop. The movie was also released in 2005.

Another popular movie in which Shamita appeared was Cash. While the movie had a diverse ensemble Shamita certainly managed to stand out. The movie was released way back in 2007 and was known for its action sequences.

While Shamita had a small role in Bewafaa, it was certainly admired by her fans. The movie was released in 2005 and starred Akshay Kumar as a lead.

Besides that, Shamita has also appeared in plenty of other movies and series as well. There are also some Shamita Shetty songs that are still loved by her fans.

Chori Pe Chori is a song from the movie “Saathiya”. Shamita made a special appearance in the song.

Barah jaye badal was a promotional song from the movie “Fareeb”. The song featured both the Shetty sisters and had an upbeat music to it.

Shamita Shetty became quite popular after her appearance in the song “Sharara”. The song was from the movie “Mere Yaar Ki Shaadi Hai” and become an instant hit.

Now when you know about Shamita Shetty’s new project, you must be looking forward to it. Besides that, you can also know about the latest Bollywood news on Snaptube as well. The app has integrated all the popular video sharing platforms in one place. Therefore, you can stream unlimited content on your phone without switching between different apps. Since it is a freely available app, you don’t have to pay a single dime to use it. Go ahead and download the app right away to stream unlimited content whenever and wherever you want.