Formerly named as “Padmavati”, the Padmaavat movie was finally released nationwide (except for a few states) this week. Amidst all the controversy associated with the movie, it is winning over its film critics and audience nationwide. Though, its audience is still taking a risk to give this period drama a watch. If you are also thinking whether it is worth to watch Padmavati this season or not, then you have come to the right place. Read our in-depth Padmavati review and know more about this flick from the perspective of a critic and an audience.

Directed by none other than Sanjay Leela Bhansali, the movie was originally scheduled to release on December 1, 2017. It stars some of the biggest names in Bollywood like Ranveer Singh, Deepika Padukone, and Shahid Kapoor. The film had a total production budget of $30 million, making it one of the most expensive Indian movies of all time. Even though the movie was highly anticipated, it got into a lot of trouble due to its inaccurate portrayal of Padmavati. This has resulted in the change of its title and several cuts before the release. Below is the Padmavati trailer:

What is the plot of Padmaavat?

The movie is loosely based on the legendary tale of queen Padmavati of Rajasthan. It is the story of Maharawal Ratan Singh (played by Shahid Kapoor) and how he met Rani Padmavati (played by Deepika Padukone). After winning her over, he takes her to Mewar as his wife and queen. Their fairytale romance was soon shattered when Alauddin Khilji (played by Ranveer Singh) got to know about Padmavati. He gets obsessed with her beauty and goes on a war against Mewar. This leads to a series of unforgettable events that shaped the history of Rajputana forever. 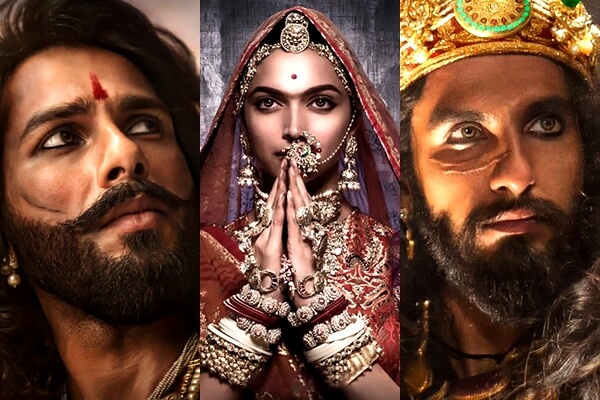 Sanjay Leela Bhansali is known for his storytelling skills and captivating his audiences with masterpieces like Black and Bajirao Mastani. He certainly didn’t leave any stone unturned while working on his dream project. While watching the movie, you will realize how every frame has been shot perfectly. You will be taken away by its extravagant sets and high-quality VFX.
Right from the start, the movie will capture your attention. You would be able to relate to the epic love story of Ratan Singh and Padmavati. Though, after a while, you might lose your interest during the long running time of the movie. Ranveer has done a remarkable job while playing the antagonist. Though, the character seemed a bit one-dimensional and overly dramatic at some moments. 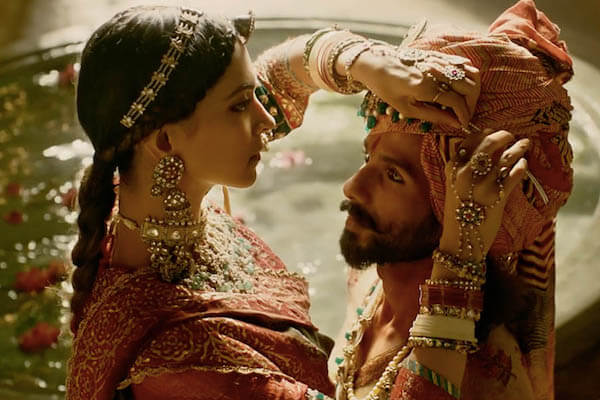 If you are a history buff, then chances are that you might find flaws in the movie in numerous places. The film already got into a burning controversy due to its inaccurate portrayal of the story, which is pretty evident. Nevertheless, the story has glorified the Rajput history and culture, which you would surely admire.
While both the actors (Shahid and Ranveer) have done a remarkable job, Deepika Padukone is the soul of the movie. Her honest portrayal of the role will certainly move you and you would find yourself cheering for her. Not only has she looked gorgeous in the movie, she has certainly lived up to the expectations of her fans. 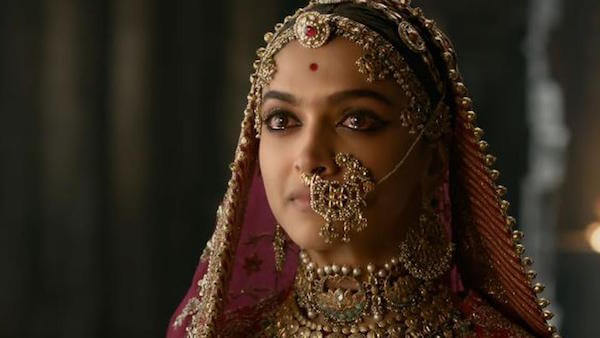 As a viewer, you would be surprised by the detailing in every shot. From the costumes of the cast to the wide angle shots, almost everything in the movie is perfect. The visual team has also done a commendable job by providing so many realistic and HD effects. Padmaavat is also the first Indian movie that has been released in IMAX 3D.
Overall, the movie is a visual poetry and one of Bhansali’s finest works which should not be missed. Though its long storyline and the inaccurate historic portrayal might turn you off at some point, you should watch it for its grandeur. Deepika has also outdone herself by delivering one of the best performances of her career. The ending could be predictable, but it will surely give you chills. Give this one a watch – you won’t be disappointed. 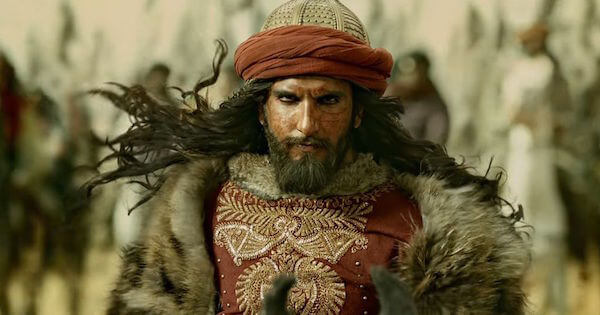 Why should you watch Padmaavat?

The best thing about Padmaavat is its visual appeal. The movie has also glorified the Rajput culture, which you would find interesting. While the music is not the leading factor in the movie, a few soundtracks certainly stood out. You should watch Padmaavat because of Bhansali’s direction and the honest portrayal of the characters by its leads. 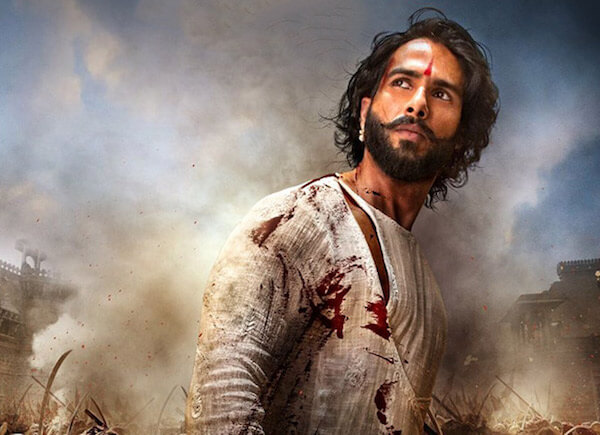 The only thing that might turn you off is the overall inaccuracy in the movie. If you are familiar with the Padmavati story, then you might not be able to comprehend the story. Also, the movie is a bit stretched in the beginning and had a few unwanted scenes. There should have been more war and action sequences in the movie to justify the story. The ending would also leave you wanting for more, but maybe that is what the director was aiming for.

Here’s what some viewers had to say about the movie.
“Wonderful acting by Deepika Padukone, Ranveer Singh, and Shahid Kapoor. Padmaavat is a masterpiece and a visual brilliance created by Sanjay Leela Bhansali. A must-watch movie.” – Mohit
“From the very beginning, this movie will try to buy you out with its lavish sets, costumes and visual effects, but as it proceeds further, it only seems like a show-off. This movie is one dimensional and the writing is too lazy” – G. Puthal 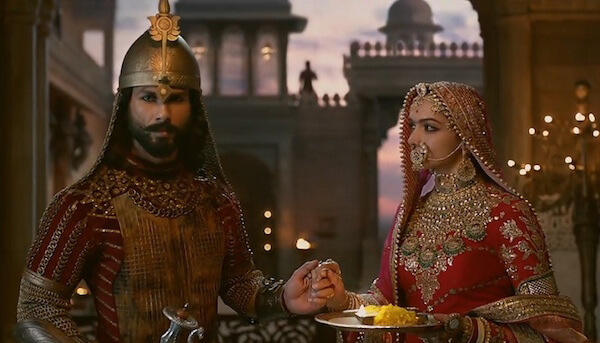 ★★★★
4/5 star
If you aren’t concerned about the accurate portrayal of the folktale, then you would definitely love watching Padmaavat. The movie has a beautiful narration and is undoubtedly a visual treat. If you are a fan of Sanjay Leela Bhansali or Deepika Padukone, then you should definitely not miss this one out. 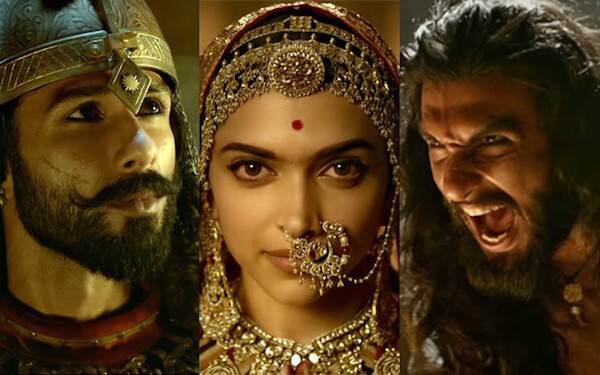 If you like to watch Bollywood movies at your ease, then you should try Snaptube. The app has integrated several entertainment and streaming channels together. You can easily look for a movie of your choice and stream it without switching between different apps. It has a fast loading video player that supports the streaming of HD videos as well. Besides Bollywood, you can also watch regional and international videos on it.

Download
It is known for its picture-in-picture mode, which will let you multitask and save your time. The best thing is that Snaptube is a freely available Android app. Therefore, you don’t have to pay a single dime to stream your favorite movies. So what are you waiting for? Download Snaptube right away and start streaming unlimited content on your device anytime and anywhere.