Also known as “The Brawler”, Mukkabaaz is directed by Anurag Kashyap and has been produced by his banner, Phantom Films. Even though the film was earlier screened at the Toronto Film Festival and Mumbai Film Festival, it was released for public on January 12, 2018. Since it is a sports drama, it is already being compared to classics like Bhaag Milkha Bhaag and Mary Kom. A lot of critics are calling it as one of the finest Anurag Kashyap movies of all time. But is it all true? Read this Mukkabaaz review and find out yourself!

Produced and directed by Anurag Kashyap, Mukkabaaz was premiered at the 2017 Toronto Film Festival and has been released all over India on 12th January, 2018. It stars Vineet Kumar Singh as the lead with Zoya Hussain, Ravi Kishan and Jimmy Shergill as the supporting cast. It is the first major Bollywood movie with Vineet Kumar Singh as the lead. The movie has been inspired by a true story and is set in the small town of Bareilly in Uttar Pradesh.

What is the plot of the movie?

It is the biography of Shravam Kumar Singh (played by Vineet Kumar Singh), who is the best boxer in Bareilly. Even though he is the best in his small town, he can’t move ahead by competing at the district-level matches. This is because he has fallen in love with Sunaina (played by Zoya Hussain), who is the sister of Bhagwan Das Mishra (played by Jimmy Shergill). Bhagwas Das is a local don who even controls the gym where Shravam trains. What leads ahead is a beautiful love story of Shravan and Sunaina, as they face the wrath of the don (who disapproves their relationship) and tries to destroy Shravan. 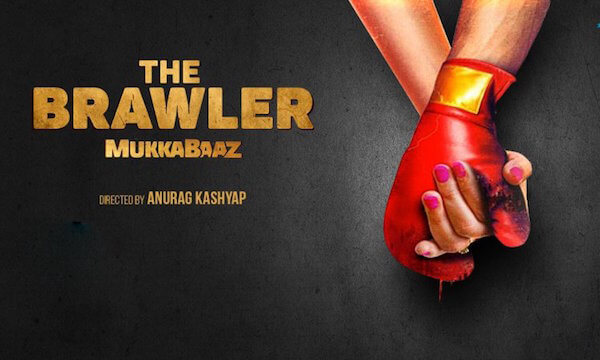 At first, it might seem like Mukkabaaz is yet another dark and twisted Anurag Kashyap film. Though, in a matter of the first few minutes of its screening, you will realize that the movie is more entertaining than dark. In fact, you would find it comic and romantic at a few places. The movie certainly captured the local essence of Bareilly. From the typical accent to the delivery of dialogues, it was hard to say that the actors weren’t native.
Vineet Kumar Singh is certainly the lifeline of the movie. He has definitely owned the role in every aspect. From his boxing training to the typical native accent, everything about the actor’s performance was flawless. Even though Jimmy Shergill’s performance as an antagonist and Zoya Hussain’s portrayal of a mute girl was commendable, the spotlight was on the lead the whole time. 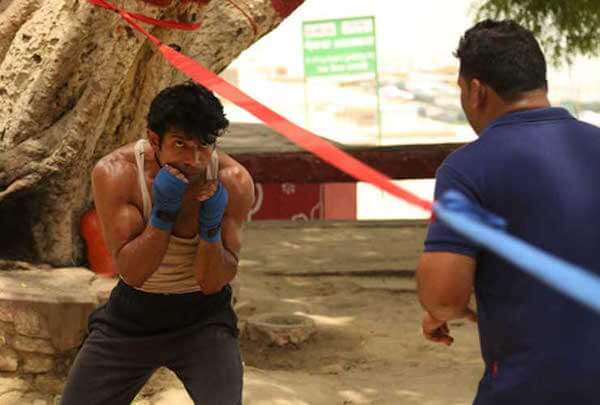 The film has numerous references to other sportsmen as well (like Mike Tyson) and has a strong Rocky influence. Even the lead calls him as a Rocky fan and has almost the same attitude in the movie. Surprisingly, the music was pretty consistent throughout the screen time. While there were a few numbers here and there, the movie was more driven by a strong soundtrack, which was refreshing and inspiring.

While the movie calls itself a “sports drama”, it was so much more than this genre. There is a strong romantic influence in the movie and for a moment, it seemed like any other rom-com with a strong element of sports. The antagonist, who was played by Jimmy Shergill also felt a little one-dimensional at times. The movie will take you beyond sports and keep you hooked with several twists and punches throughout. Overall, it was certainly a stunner and one of the finest works of Anurag Kashyap. 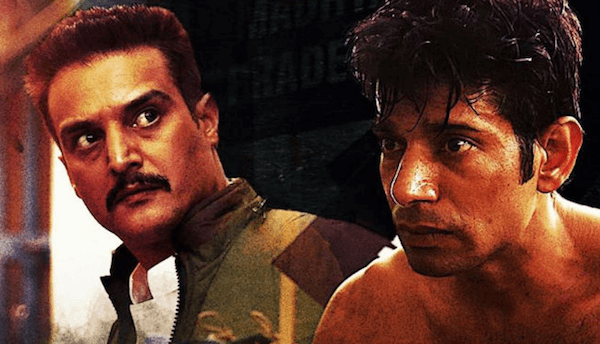 Why should you watch Mukkabaaz?

If you are looking forward to watching something fresh and unique this month, then you should certainly go with Mukkabaaz. It is one of the best works of Anurag Kashyap and has a raw charm to it. Vineet Kumar’s commendable performance will certainly win you over as well. The storyline is pretty gripping and has several twists and epic moments throughout the movie. The climax of the movie will also give you an unexpected surprise.
What could have been better? 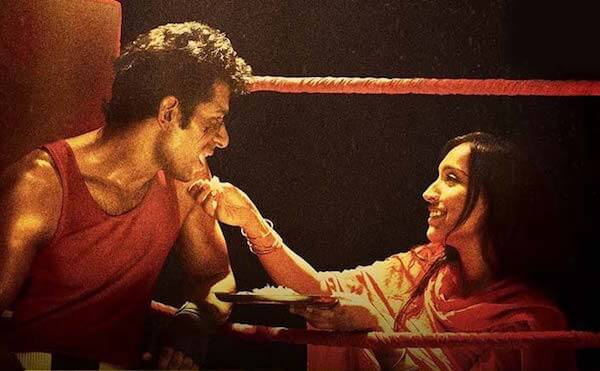 Some viewers might find Mukkabaaz as a mixed bag of romance, drama, and sports. If you are going with a perspective to watch an inspiring sports-themed movie (like Bhaag Milkha Bhaag), then you might get a little disappointed.

What are people saying about Mukkabaaz?

Here’s what its viewers are saying about the movie:
“This film is no Ragging Bull. Neither is it anything like Anurag Kashyap’s previous works such as “Ugly” and “Black Friday”. But without being any of them it managed to keep me satisfied throughout its long run time.” – Abhishek Nair
“Vineet Singh truly has put sweat and blood along with his acting talent to deliver this stellar performance. This one’s truly a powerful comeback by Kashyap with literally a PUNCH.”
– Sarvesh 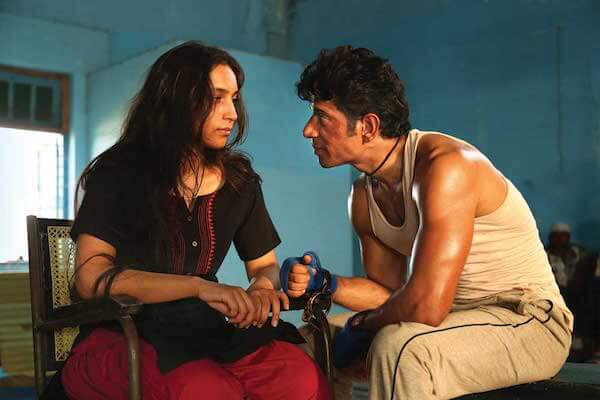 ★★★★
4/5 star
Without a doubt, Mukkabaaz is an entertaining and gripping movie that will keep you hooked till the end. It features a powerful direction and commendable performances by its actors. If you are a fan of Anurag Kashyap’s work, then you should certainly not miss out on this one. 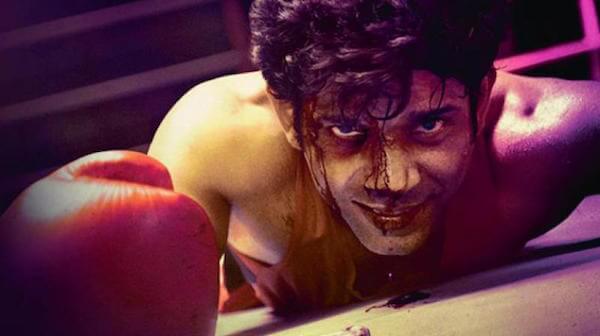 If you wish to watch any other previously available Bollywood movie at your own comfort, then give Snaptube a try. It is a freely available Android app that has integrated several streaming and entertainment channels in one place. You can simply look for a movie of your choice and stream it at anytime and anywhere. It has a vast collection of Bollywood, regional, and international content.

Download
Snaptube has a fast loading player and features a highly advanced picture in picture mode as well. Without paying a single dime, you would be able to stream your favorite movies and series instantly. Say goodbye to the hassle of searching for a movie on different platforms. Give Snaptube a try and never miss out of any major release again.