For decades, the Bollywood movie industry has matured and grown into the second-most popular and profitable cinema industry in the world, second only to Hollywood. During this period, the Bollywood industry has been responsible for producing a huge group of talented actors, actresses, music composers, singers, and crew members who have all contributed to the growth of the industry as a whole. In this post, we shed the spotlight on 20 of the hottest and most talented Bollywood actresses and actors who grace our screens in different acting roles on Bollywood blockbusters. Check them out.

Snaptube is an Android app that takes all the movie-watching and music-streaming hassles away from your entertainment experience by providing a simple and intuitive platform to stream content. This free app aggregates all your streaming sites on its interface, allowing you to control each one for easier navigation.

Download
The app also comes with over a dozen pre-configured video streaming sites that you can use to watch Bollywood films and videos. Plus, it also allows you to search for your favorite Bollywood videos by simply typing in the keywords related to your movie, which makes it easy to locate movies when you’re not sure about its details. Plus, because it’s quite a small download, the app won’t hog up space on your phone, which means it can be used on basically any smartphone. 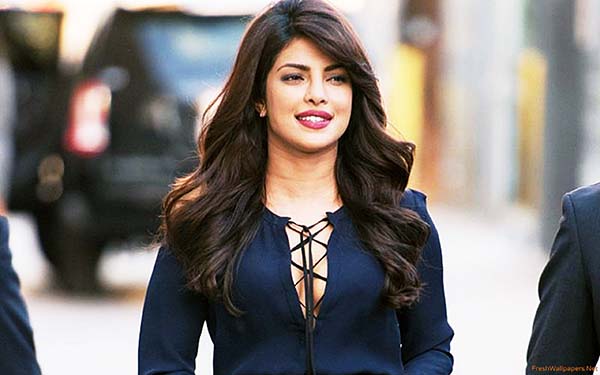 Born in 1982, Priyanka Chopra is a popular Indian actress, singer, philanthropist, film producer, and model who is often considered one of the highest-paid celebrities in India. She also starred in ABC’s Quantico, becoming the first person from South Asia to start in an American TV series. 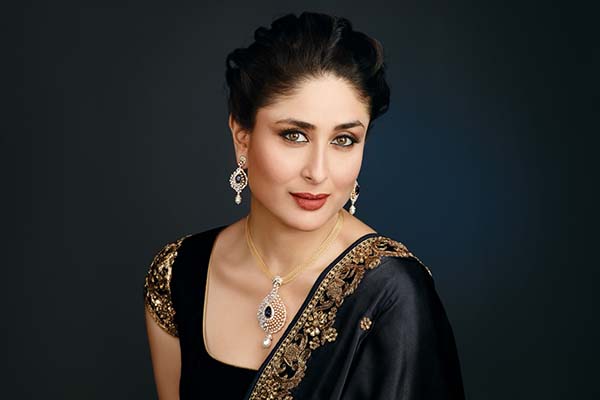 Kareena Kapoor is an Indian multiple award-winning actress, author, and fashion designer who began her acting career in 2000. She has starred in multiple Bollywood movies in wide-ranging roles – from crime dramas to romantic comedies, making her a versatile actress and one of the most sought-after performers in Bollywood. 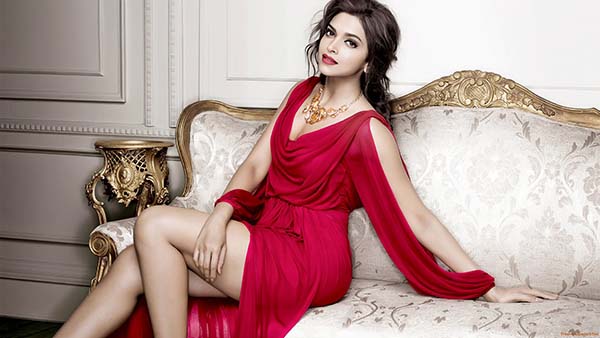 Deepika is a Denmark-born Indian actress and singer considered to be among the highest-paid actresses in Bollywood. She’s often regarded as one of the most attractive and popular personalities in India. 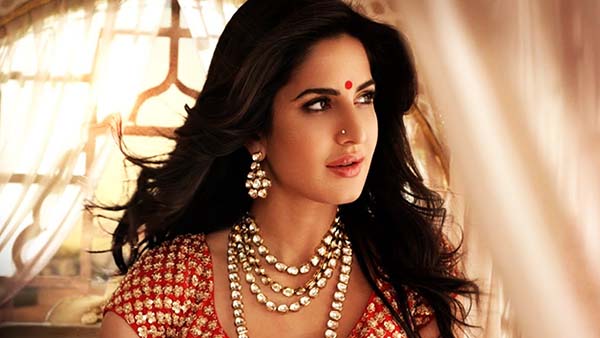 Katrina Kaif is a Bollywood actress and model who was born in Hong Kong but lived in different countries growing up, including Japan, France, Poland, and London where she grew up. While predominantly a Hindi actress, Katrina has starred in a number of Telugu and Malayalam films. 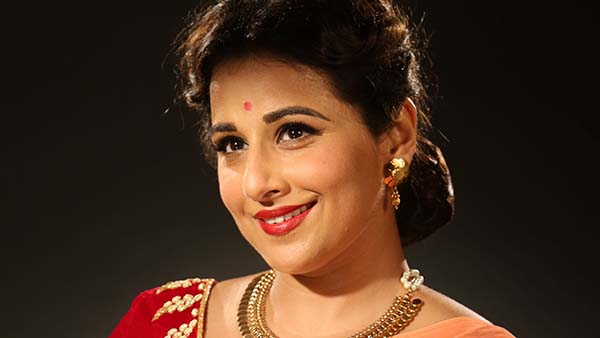 Vidya Balan is an accomplished Indian actress with many different acting roles in a career spanning over a decade. The multi-award winning actress is famously known for helping to change the traditional role of Hindi film heroines in Bollywood productions. 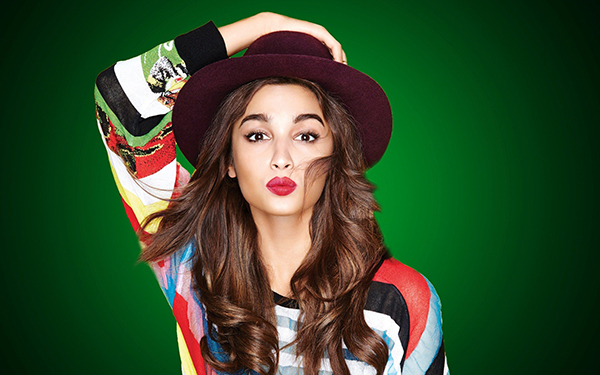 Alia Bhatt is a British Indian actress and one of the newer generations of Bollywood actresses. Born into the famous Bhatt family of Bollywood, her career path was set at an early stage in life, being the daughter of Mahesh Bhatt, a filmmaker, and Soni Razdan, an actress. 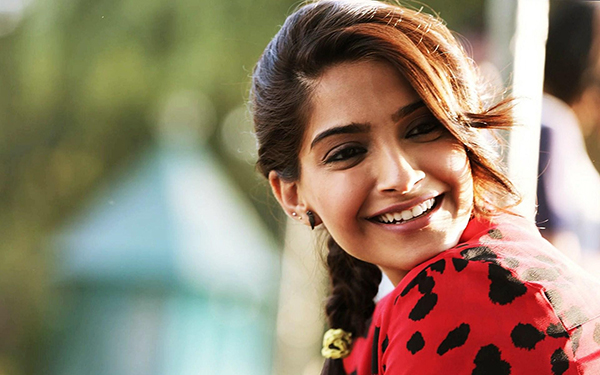 Sonam Kapoor is a popular, multi-award winning actress who has often been touted as one of the highest-paid Indian actresses in Bollywood. Her outspoken personality has seen her become a prominent brand endorser and is often viewed as a fashion icon in Bollywood. 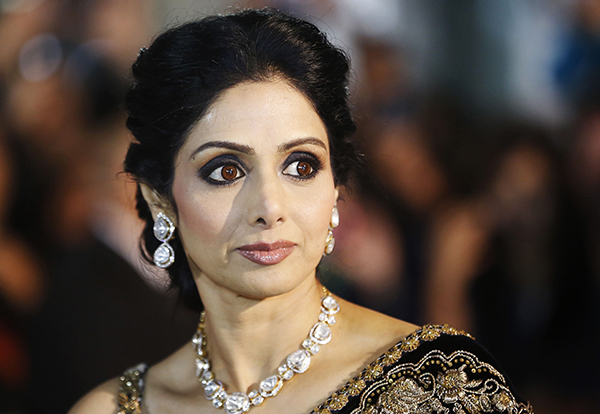 Sridevi Kapoor, or simply Sridevi, is an Indian actress with a rich acting background in Bollywood that spans several decades. At age 54, however, she is still one of the hottest actresses in Bollywood and is often referred to as the first superstar actress in Bollywood. 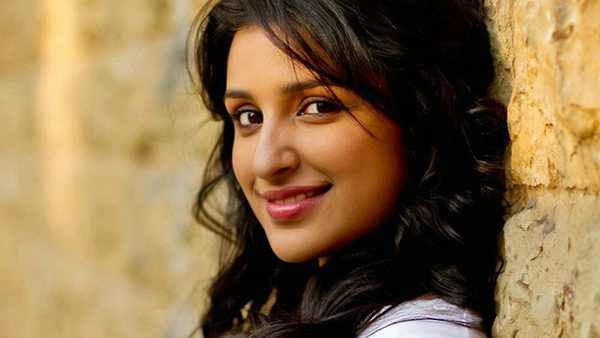 Parineeti Chopra is an Indian actress who, at age 28, represents the latter generation of Indian actresses. The multi-award winning actress is a cousin to Priyanka Chopra and has been an actress since 2011. 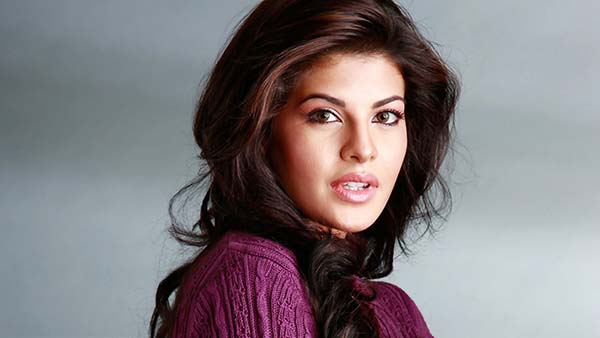 Jacqueline Fernandez is a Sri Lankan model and actress who has grassed movie screens in Bollywood since 2009. After successful making her debut in Bollywood in Aladin, she has gone on to star in several Bollywood blockbusters that have turned her into one of the most sought-after actresses in Hindu cinema. 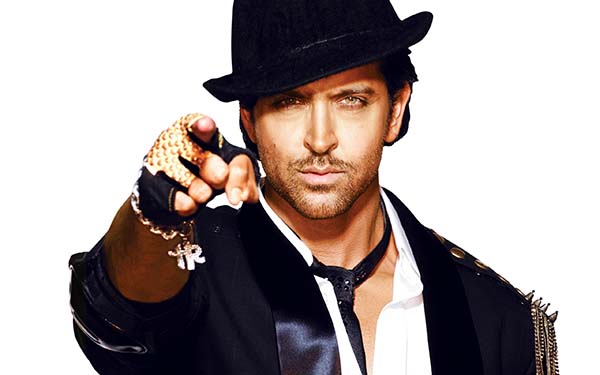 Hrithik Roshan is a popular Indian actor who has appeared in dozens of Bollywood blockbuster films over an illustrious career that started back in 1986. The 43-year old actor has won many awards, which has helped him become one of the most sought-after and well-paid actors in Bollywood. 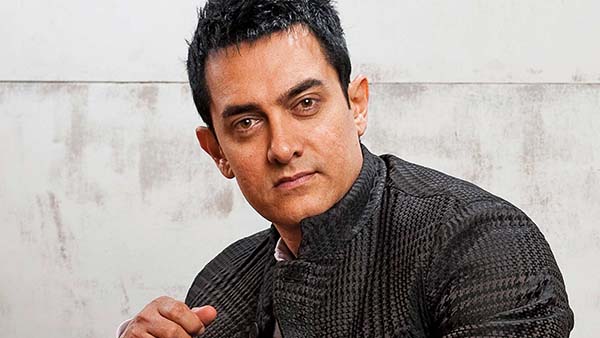 Aamir Khan is an accomplished Indian actor, producer, and director who is often regarded as a major influence in the Bollywood film industry. Khan, who started out as a child actor, has received numerous awards, including numerous Filmfare Awards, National Film Awards, the Padma Shri (2003) and Padma Bhushan (2010) from the Indian government for his extensive work in the industry. 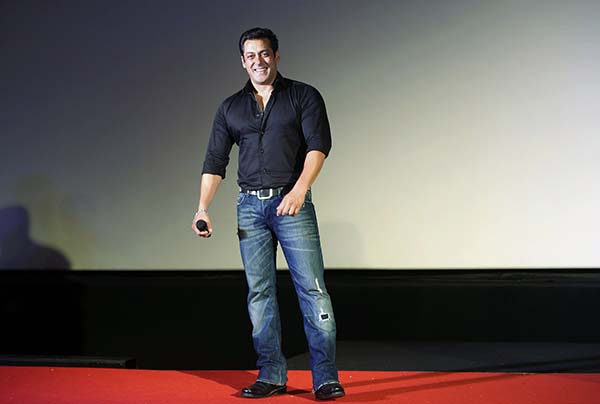 Salman Khan is an Indian actor, TV personality, producer, and singer who was once described by CNN as one of the biggest stars globally. Khan’s career spans an impressive 29 years, which includes acting, directing, producing, and spells in TV and singing. 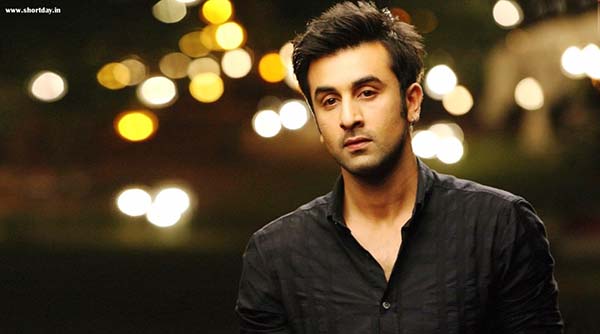 Ranbir Kapoor is an Indian producer and actor who comes from a long line of Bollywood actors and directors. His father, Rishi was an actor and his grandfather was an actor-director, facts that saw Kapoor pursue studies in film-making and acting from an early age. 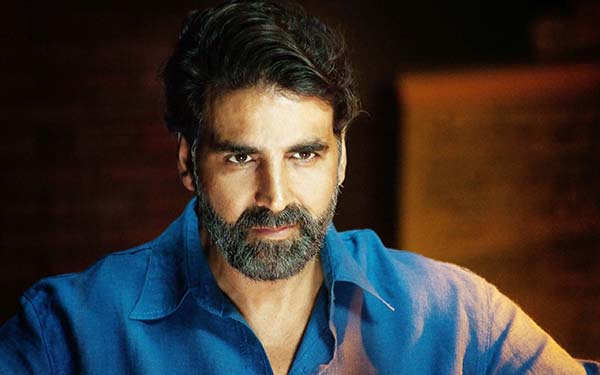 Akshay Kumar is a career actor, TV personality, and producer who has been in the Bollywood film industry for over two decades. Kumar was born in India and later took up Canadian citizenship, although he lives in India. He is also often recognized as one of the most successful personalities in Bollywood. He became the first actor whose movies surpassed the US$ 470 million mark in 2016, making him one of the most successful actors of all times in the history of Bollywood. 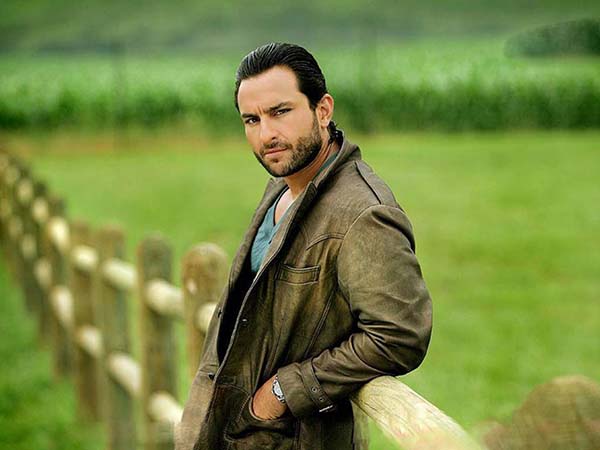 Saif Ali Khan is an Indian actor and producer who starred in his first Bollywood film in 1993. Despite experiencing a career decline during the 1990s, Khan again achieved success with most of his films from 1999 and went on to earn numerous awards, including six Filmfare awards, a National Film Award, and the Padma Shri from the Indian government. 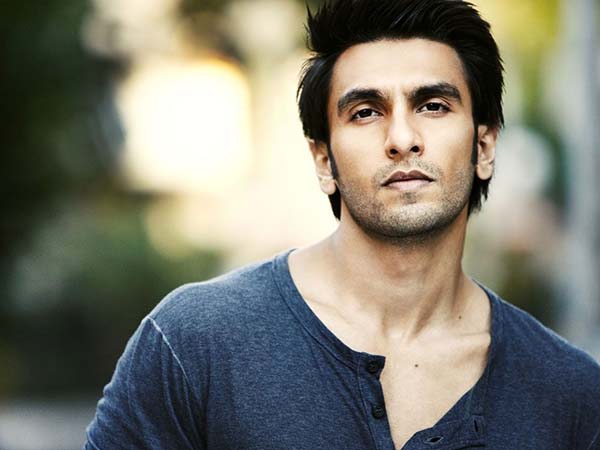 Ranveer Singh Bhavnani is an Indian actor who began his acting career in 2010 with a role in  Band Baaja Baaraat, a romantic comedy film that earned him his first) Filmfare Award. The 32-year old has since appeared in a leading role in several films, including Lootera (2013), Gunday (2014), and Bajirao Mastani (2015, also earned him another Filmfare Award). 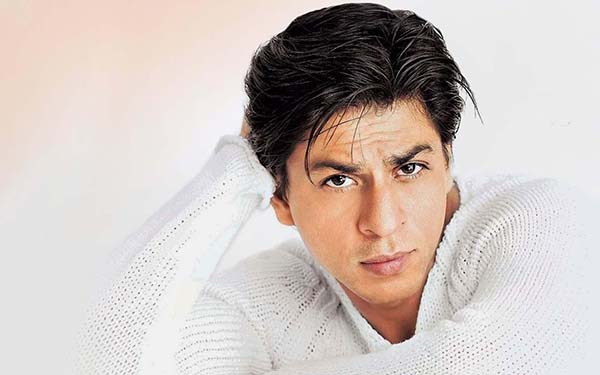 Shah Ruk Khan, or SRK as he’s popularly known, is an accomplished Indian film producer, actor, and TV personality who has been in the entertainment industry since 1988. His illustrious career includes appearances in over 80 films, 14 Filmfare Awards, and a sizeable audience in South Asia and around the globe. 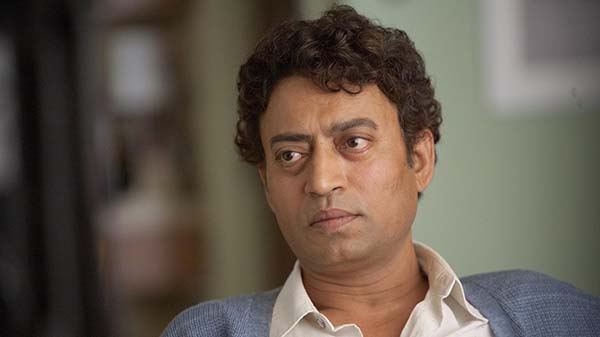 Irrfan Khan is another accomplished Indian actor and recipient of the Padma Shri (2011). Khan’s acting career spans over two decades and includes works in Bollywood, Hollywood, and the British film industry. His success in the film industry is largely attributed to his natural and adaptive style of acting. 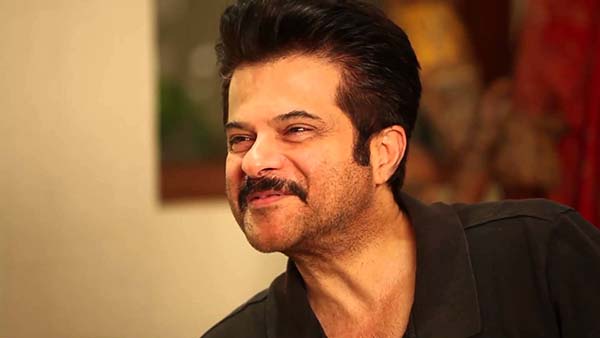 Finally, there’s Anil Kapoor, probably one of the most gifted and recognizable faces in Bollywood. In a career spanning nearly 40 years, Kapoor has appeared in dozens of commercially successful Bollywood films, Hollywood movies, and TV series both in India and around the world. The seasoned actor, who will turn 61 in December this year, is famous for his young looks and body, showing no signs of aging despite the years of acting.