Avengers: Infinity War – Everything You Need to Know about the MCU Epic

Avengers: Infinity War is the 19th movie of the Marvel Cinematic Universe and the third movie of the Avengers series. If you are a fan of the MCU movies and comics, then you must already be familiar with the Avengers. The team of superheroes consists of our favorite characters. What makes Infinity War so special is that it became a spectacular crossover of different franchises. Read on to know more about Avengers: Infinity War cast, release date, sequel, and more.

Also known as Avengers 3, Infinity War is the third installment of the Avengers franchise. The first movie was released in 2012, which brought various superheroes together. Later, in 2015, the second Avengers movie (Age of Ultron) was released. Both the movies got phenomenal reception in the box-office so the stakes were high for Avengers 3 as well.
Avengers: Infinity War featured numerous superheroes as the fate of the entire universe was at stake. Thanos, who is the antagonist in the story, would like to access all the Infinity Stones so that he can wipe half the universe. Our heroes are now on a mission to save him. Have a look at the first Avengers Infinity War trailer to witness how epic the production is.

With a budget of more than 300 million dollars, Infinity War is one of the most expensive movies ever. Though, the movie broke the box-office record to become the highest-grossing opening weekend film as well. It has already gained almost $1 billion dollars in less than a month of its release. One of the reasons is the feature of tons of fan-favorite superheroes in the movies, like Captain America, Iron Man, Black Panther, Doctor Strange, Hulk, Spider-Man, and more. You can catch their glimpse while watching the second Infinity War trailer. 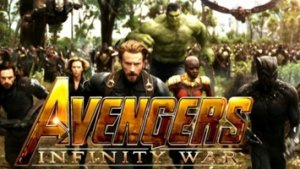 Avengers: Infinity War has one of the most diverse casts in the Marvel Cinematic Universe so far. The movie premiered on April 23, 2018 in Los Angeles. Though, the Infinity War release date for their global audience was April 27, 2018. It was also available in IMAX and 3D.

The movie has been directed by the Russo brothers (Anthony Russo and Joe Russo). The duo is already known to direct epic Marvel movies like Captain America: The Winter Soldier and Captain America: Civil War. 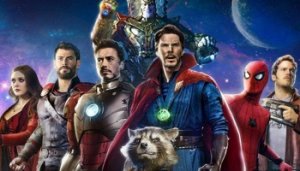 Avengers: Infinity War got a spectacular response from its audience and became an instant blockbuster. Even the critics loved the movie and called it one of the biggest crossovers of all time. While the movie dealt with the Marvel’s villain problem, its ending was not appreciated by every viewer. Overall, the movie got a positive response and should not be
missed by any Marvel fan.

The sequel to Avengers: Infinity War is already in the production stage. Currently, the movie is being filmed in different parts of the world. The untitled project is expected to be released on May 3, 2019.

After getting to know so much about Infinity War, you must be excited to watch it as well. A lot of Marvel fans also like to watch their favorite movies multiple times. If you also wish to watch various superhero movies on your smartphone and that too free of cost, then simply try Snaptube. You can download Snaptube on your Android device for free and start streaming unlimited videos. It has an extensive collection of tons of superhero movies that you would love to watch over and over again. Supporting HD videos, the app has a fast-loading player that will certainly redefine your smartphone experience.