Aiyaary Review: Did This Patriotic Movie Got Too Late with Its Release

Aiyaary finally saw the light of the day this week. Originally scheduled for this Republic Day release, it got delayed and was released on February 16, 2018 instead. A lot of fans got a little disappointed as they wanted to watch this patriotic movie on the Republic Day. While the movie was not able to attract a lot of viewers, it got noticed by critics for sure. Here is our Aiyaary review so that you can decide whether the movie is worthy of your time or not.

Aiyaary, which is known as “Shape Shifting” in English is the latest release starring Sidharth Malhotra and Manoj Bajpayee in the leading roles. It also has an impressive supporting cast starring Naseeruddin Shah, Rakul Preet Singh, Anupam Kher, and Pooja Chopra. The movie is directed by none other than Neeraj Pandey, who is known for directing critically acclaimed movies like A Wednesday, Baby, and Special 26. The story revolves around the life of an honest army officer who tries to expose corruption in Indian army.

Aiyaary is an espionage thriller Bollywood movie entwined with elements of a subtle suspense and humor with a tint of Indian flavor. It is the story of Major Jai Bakshi (played by Sidharth Malhotra), who uncovers some dark secrets about Indian army and its deep-rooted corruption. Later, Colonel Abhay Singh (played by Major Bajpayee) was appointed to catch this rogue soldier. Since Jai has been a former student of Colonel, it led to a personal vendetta between the two. This follows a gripping story and the clash of beliefs between both the officers. 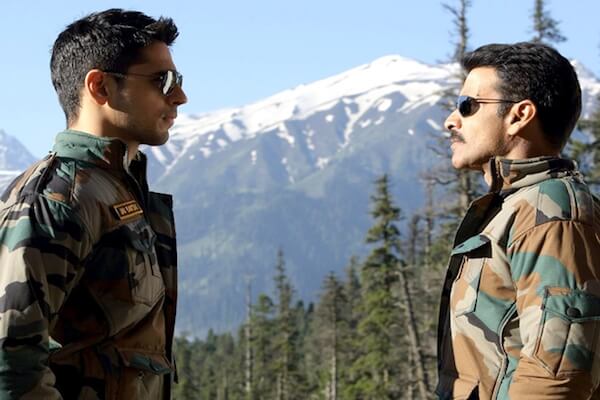 The movie has a dark and twisted plot that will certainly make you question the morality in today’s world as well. As the story progresses, it introduces numerous sub-plots. Needless to say, the story follows a layered approach, which might be a little confusing to some viewers. From scams in Indian to the Bangladesh revolution of the 1970s, the movie uncovers some of the thickest controversies. The cinematography is beautiful and you will certainly find yourself admiring the way the movie has been shot. 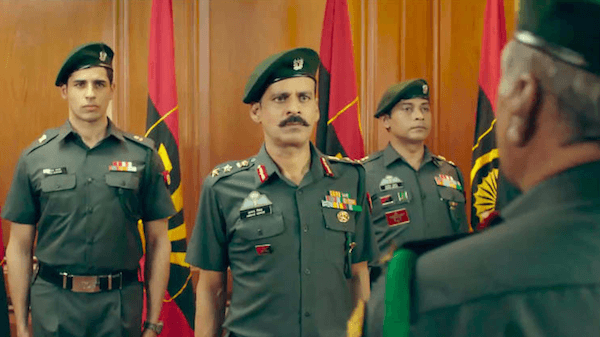 Both, Manoj Bajpayee and Sidharth Malhotra have done a commendable job. Manoj Bajpayee is already an established actor, who has given tons of critically acclaimed performances in the past. The movie is no such exception and you will certainly admire his effortless charm. Besides the lead actors, Rakul Preet Singh also did a great job by playing the role of a romantic lead and a hacker.

The movie also has a decent amount of action sequences that you will certainly enjoy. The background score is also pretty addictive with the perfect blend of stunning visual effects as well. While the first half of the movie will keep you hooked, you might feel a little disappointed in the second half. The story might feel a little overstretched with the lead characters running in circles in a wild goose chase. 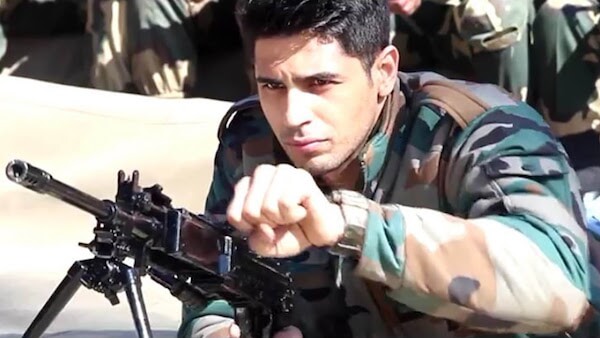 The subplots would seem too confusing at times as well. Unfortunately, the writing might not help you either and you will find yourself taking a step back only to figure out what is happening in the story. Although, the movie has a romantic element, the need for it didn’t feel that evident as it compromised with the overall tone of this espionage thriller. The climax of a movie can be its lifeline. While Aiyaary delivers an unpredicted climax, it was a bit too stretched that gave away its essence. 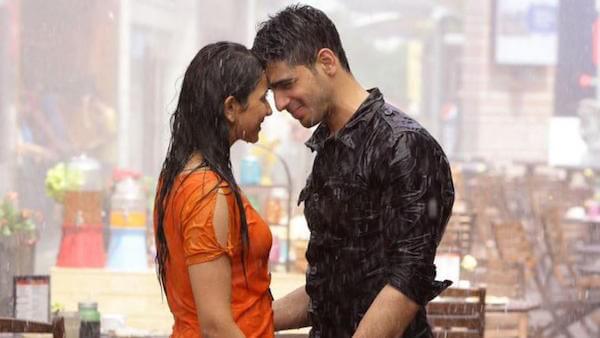 Even though the movie has its shortcomings, it can be watched once. It might disappoint a few Neeraj Pandey fans though.

Why should you watch Aiyaary?

If you wish to watch a unique and unpredictable movie this week, then you can go with Aiyaary. Manoj Bajpayee has given an unforgettable performance in the movie, which should be watched by every fan of this veteran actor.

There is a reason why Aiyaary became the lowest opener of Sidharth Malhotra with a gross earning of just INR 3.36 crore. The movie doesn’t have the peculiar Neeraj Pandey feel to it. While the acting is great, it is the overall storyline and lazy writing that has destroyed this flick. The unnecessary subplots and the lack of suspense is something that might turn off many viewers. 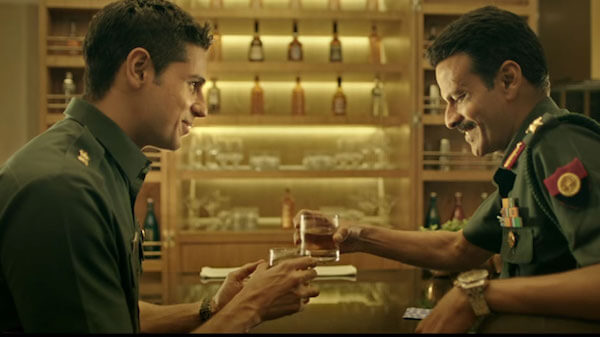 Our Aiyaary review would be incomplete without knowing what its viewers had to say about the movie. Have a look at what some of its viewers thought about the film.
“I was hoping to see a mind bending movie with a great script, but totally disappointed with Neeraj pandey. Manoj Bajpayee as usual nailed it.” – Vikas
“This film is another showpiece from Neeraj Pandey, who brought masterpieces like A Wednesday, Special 26, and Baby, which all met with positive responses and critical acclaim.” – Shahid
“The writing is uneven. The film at times relies a bit too much on subplots.” – Prashant

★★
2/5 stars
To conclude our Aiyaary review, we would say that the movie might be a good choice for a one-time watch, but you won’t remember it in the long run. If you are a fan or Sidharth Malhotra or Manoj Bajpayee, then you should give this one a watch as well. While the movie is directed by Neeraj Pandey, he was certainly not able to deliver it the way he did with his other movies like A Wednesday or Baby. Don’t expect the same magic with Aiyaary. Though, you can watch it to have an entertaining experience.

If you don’t want to go through any unwanted hassle while searching for your favorite Bollywood movies online, then you should download Snaptube. This freely available Android app has integrated several streaming and entertainment channels together. Therefore, you can watch numerous videos or listen to music without the need of switching between different apps.

Download
The Snaptube app has an extensive collection of new and old Bollywood movies. It also has an unlimited range of content from all parts of the world. From Korean dramas to Marathi nataks and Hollywood movies to Bengali songs, you will find it all on Snaptube. Go ahead and download this freely available Android app to elevate your smartphone experience.