1921 Review: Is This Zareen Khan and Karan Kundra Starrer A Hit or Miss?

On this Friday, we saw a clash between two big banners of Bollywood: LoneRanger Productions (of Vikram Bhatt) and Phantom Films (of Anurag Kashyap). While Anurag Kashyap’s Mukkabaaz is already winning over critics, is 1921 worth a watch? If you are planning to head out to the big screen with your friends and family, then you would have to pick between these two movies. To help you make up your mind, we have come up with a detailed 1921 review right here. Read on and decide if the movie is worthy of your time and money or not.

1921 is the fourth film of the 1920 file series that is based on Horror and Mystery. The movie was released on January 12, 2018 and has been produced by Vikram Bhatt (LoneRanger Productions). What makes 1921 different from the other 1920 movies is its promising cast. The movie stars Karan Kundra and Zareen Khan as leads with eminent actors like Anupam Kher and Toby Hinson as supporting cast members. The film has also been written and directed by Vikram Bhatt as well. It was majorly shot in the United Kingdom and India.

What’s the story about?

This period drama starts in the year 1927, when Ayush Asthana (played by Karan Kundra) is about to give the performance of his lifetime on piano. Though, he would go missing and will later be found in the green room after when he had committed suicide. The movie quickly goes to a flashback of the year 1921. It was when Ayush would be a struggling pianist in Mumbai and will be discovered by Mr. Wadia. 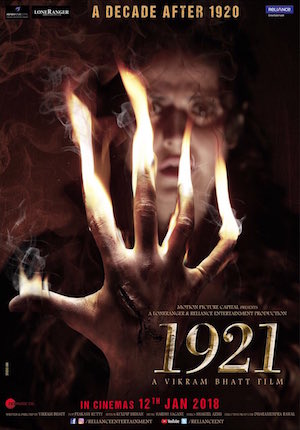 Mr. Wadia would give him a big break and enroll him in the York School of Music. He would pay for all his expenses in the return of a big favor. Ayush had to take care of his mansion (Wadia Manor) in York. Even though Ayush happily agrees to the deal, he would later regret it. In a matter of a few months, he realizes that the mansion was haunted and appointed a ghost whisperer, Rose (played by Zareen Khan) to help him. What leads ahead is a series of unforgettable and thrilling events.

What makes the fourth installment of the 1920 series special is its production value and believable leads. It is the first time in the series when we saw a female exorcist. Rose is a ghost whisperer who has seen ghosts ever since she was a kid. Needless to say, as Ayush and Rose would investigate the house, they eventually fall for each other.
The entire theme of the movie is how “rooh” (soul) would like to combine with “badan” (body). Even though the movie’s genre is horror, it had a sensual touch to it as well. The theme of the movie is also different than other mainstream horror movies. 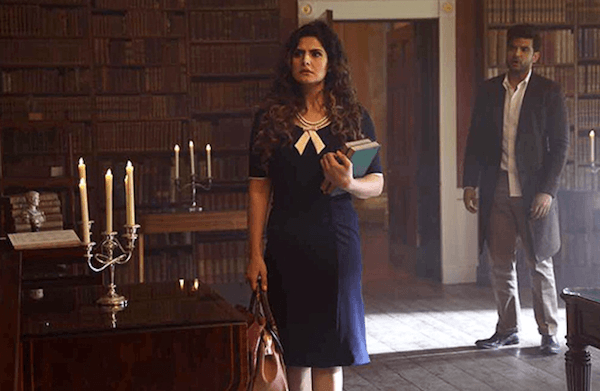 Since the movie has been directed by Vikram Bhatt, it has a subtle charm to it. The narration of the story was pretty gripping and every scene was thoughtfully shot. One of the best things about the movie was its timeless charm. Not for even a single moment, you would feel that movie is not set in 1920s.
While there was chemistry between both the leads, the ghost was certainly not that scary. It felt more like a romance than a horror movie. The ghost barely appeared in the first half of the movie, and even when it did, it failed to impress. The story was certainly gripping, but there were only a handful of scenes that were pretty scary. The movie was more about the ghost hunt instead.

If you are a fan of period dramas, then you should certainly not miss this one. From the set to the exotic location, everything about the overall production of the movie is perfect. It is certainly a fresh addition to the 1920 series with a talented cast. The visual effects in the movie are far better than its prequels and will certainly give you chills. We have seen Karan Kundra before as well in TV series and movies, but this was certainly one of his best performances so far.
What did it miss? 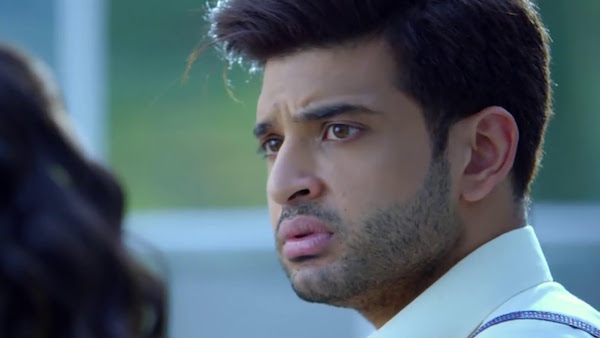 As stated earlier, the movie is more about romance, an exotic countryside of York, and ghost hunting than the ghost itself. The previous installments of the series were scarier and had a better climax. At some point, the movie became a little stretched. Some dialogues were overly cheesy, which can be a turn-off for some viewers.

Here are some reviews of the viewers of the movie, who watched it on the first day of its release.
“New actors and new story always bring in more interest. It is a must-watch movie as Vikram Bhatt always brings in new concept in his movies.” – Abdul
“Vikram Bhatt’s story is intriguing till the point that all the cards are not laid out on the table. Once that happens, it turns out to be disappointing as it gets too complex” – Ruth 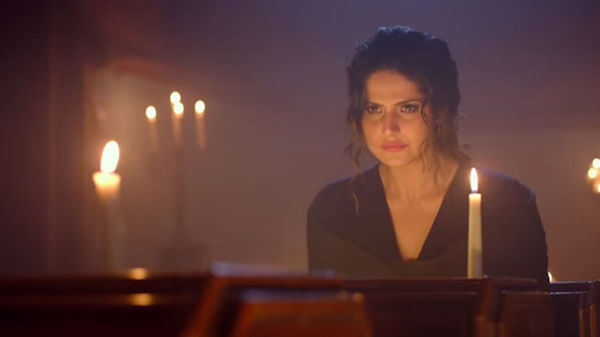 ★★★
3/5 star
If you have been following the 1920 series, then you should not miss out on this Vikram Bhatt direction as well. Though, you should go with an open perception as the movie might not scare you like the other 1920 movies did. 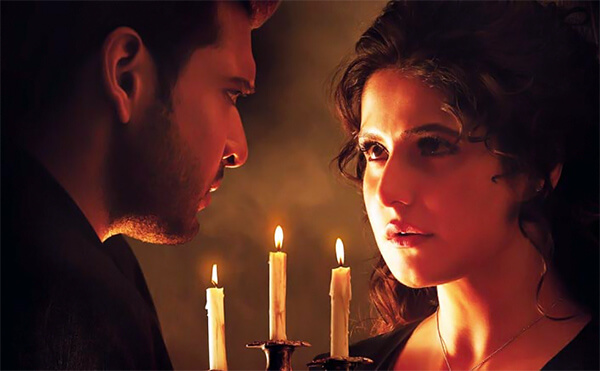 If you didn’t find 1921 scary enough, then why not watch some amazing horror movies on Snaptube. The Android app provides a free solution to stream videos from multiple platforms. It has integrated all the popular video streaming channels like Dailymotion, YouTube, Vimeo, and more. Therefore, you can simply look for the movie of your choice and stream it on your Android device for free.

Download
You can easily find all the popular and previously released Bollywood and international movies here. Besides Horror, the app has a huge collection of movies and series of other genres as well. Download Snaptube on your device right away to meet your entertainment needs in one place.